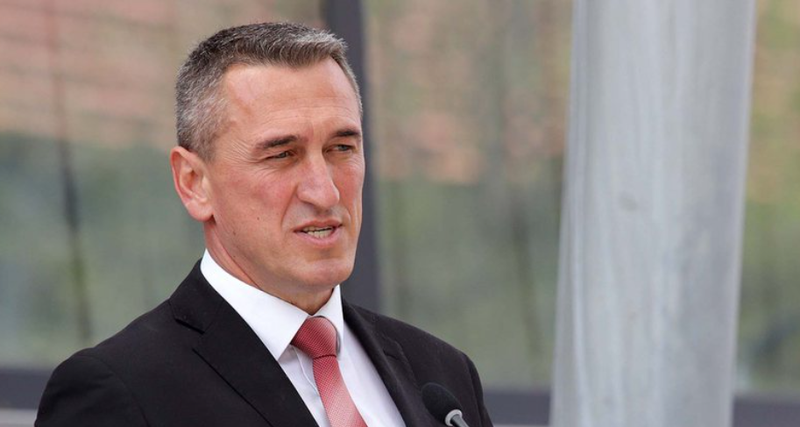 A serious event that took place in Kosovo has attracted attention and provoked the reactions of internationals and Kosovar political actors. The son of a Serbian politician in Kosovo, Nenad Rasic, was beaten by 30 people as he was leaving school in Llapnasella, Gracanica. The event has attracted attention given that there are also suspicions or statements that are related to the political activity of Mr. Rasic, a policy which is contrary to the agenda of the Serbian List party. According to the police, the victim suffered bodily injuries and was sent to Gracanica Hospital for treatment. Miladin Mitic School, 22.02.2021 - 10:30. A mass beating was reported in the school yard, involving school students and several other people. As a result of the beating, "The Kosovar male victim suffered bodily injuries and was sent for medical treatment to the Gracanica Hospital", the police report states. Politician Rasic told the media that his son was attacked and beaten by a group of dozens of people near the school where he attends classes and suffered head injuries. He is convinced that the attack is related to his political activity, which contradicts that of the Serbian List, a political entity backed by Belgrade. "The group of people who waited for my son after school, a day earlier published on Facebook and Instagram, posts saying 'tomorrow the Albanian rests' and 'who will survive Monday will tell about it'," he told REL, Nenad Rasic, leader of the Progressive Democratic Party. "They approached my son and said 'what are you doing now, you Albanian'", showed Rasic. We clarify that the term Shiptar is a term which has an offensive and negative meaning, a term which is used in the Serbian language towards Albanians. He thinks all this is "a consequence of his many years of opposition to political pressure." Rasic said politicians with "irresponsible" statements have exacerbated the situation. He also said that he has asked the Prosecution to investigate all posts of politicians, which contain different labels, without specifying which politicians are in question. Rasic is a political opponent and vocal critic of the Serb List, a political entity in Kosovo, since its formation in 2013, is the only representative of the Serb community in Kosovo institutions. This entity enjoys the full support of official Belgrade, but also of the majority of the electorate of the Serb community in Kosovo. He has been criticized several times by the Serbian List and officials in Serbia for his stances. In recent days, he has spoken openly about how the Serb List is pressuring Serb voters to vote for Adrijana Hodhii dhe and her "United Community" entity, depriving Bosniak political rivals of representation in the Kosovo Assembly.

Trajkovic: I feel scared of Vucic