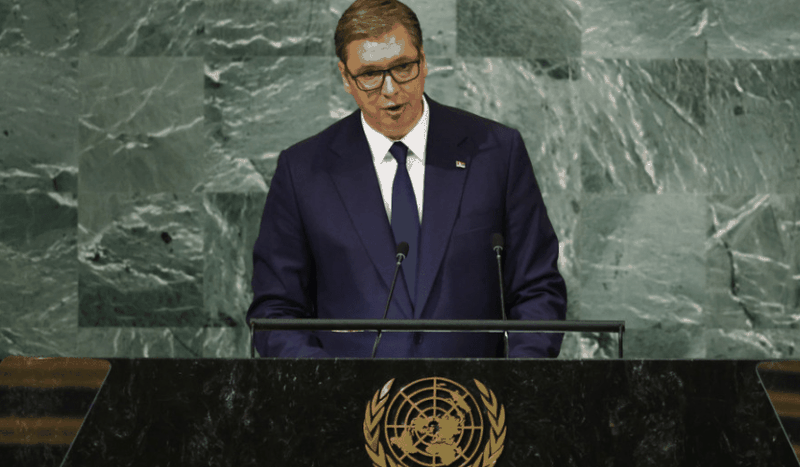 On Thursday, Serbian President Aleksandar Vu?i? stressed at the UN General Assembly that "a hybrid war and a dirty campaign is being waged against Serbia in part of the international public", illustrating this with assessments that Serbia is a threat to stability regional and that it will allegedly attack its neighbors. "Serbia was and will be a factor of stability in the entire region," Vucic said in his speech to the assembly, adding that Serbia supports the Dayton Peace Agreement for BiH, despite the untruths that may be heard. His speech was simultaneously translated and the translator burst out laughing at the end. Accordingly, he laughed at Vu?i?'s last words: "Long live Serbia". Many Twitter users have commented on the translator's move, as well as Vucic's speech itself. "How stupid you all are.

What is happening? Citizens fill the squares in the neighboring country, light fires and overturn cars (Video)

What is happening? Chaos on the streets of the capital, about 100 private buses block the roads

Here are the details from Vucic's "scorching" speech at the December 6 Summit in Tirana, Serbia will tell the EU leaders what the red lines are for Kosovo

The EU summit in Tirana, the Serbian prime minister makes a strong appeal to Vu?i?, here's what she wants from him

The US said that Putin is not sincere when he talks about peace, Russia reacts: Did you forget the bombing of Serbia?