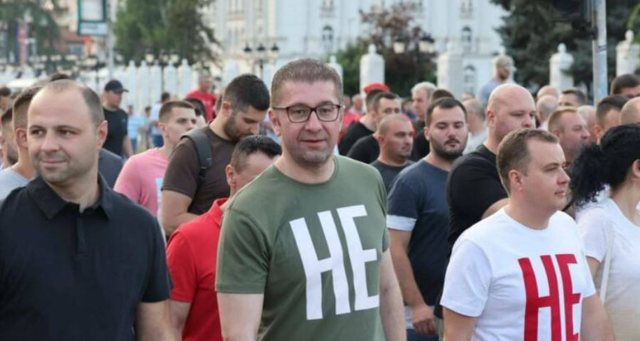 The leader of the opposition in North Macedonia, Hristjan Mickoski, has claimed that they tried to kill him in this evening's protest in Skopje.

Mickoski has published a photo on his social network, Facebook, where a person with a gun can be seen pointing at him. In the footage of the cameras, he can be seen shooting in the air, reports the media in North Macedonia.

Therefore, the leader of the opposition demanded his arrest. "This is the person who wanted to kill me tonight. I demand that he be immediately arrested", he wrote on Facebook.

Mickoski, like other nights, is participating in the protests that are being organized against the French proposal. The protests have escalated into violence. 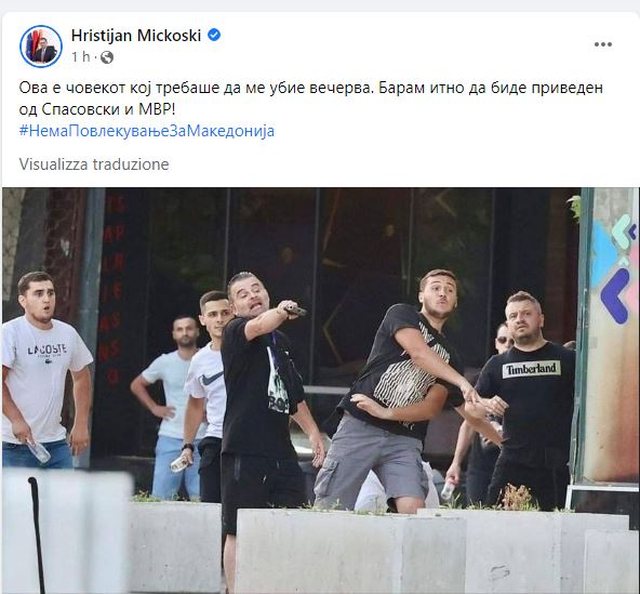