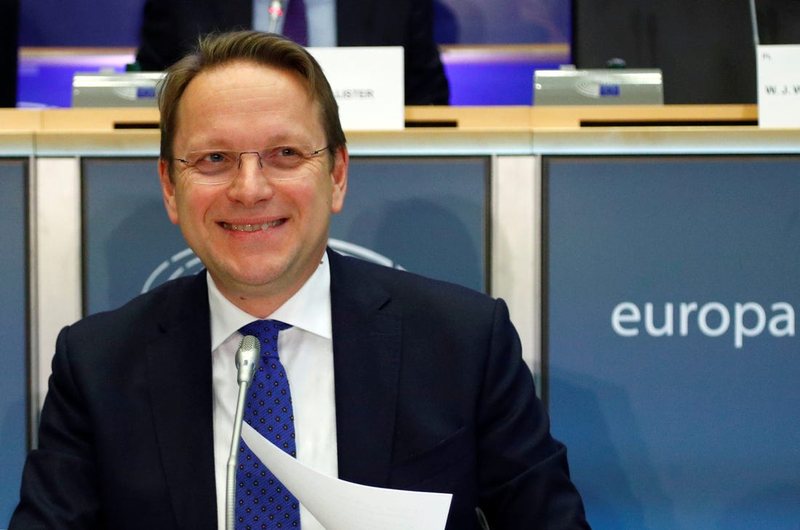 The copy of the European Union Annual Report on Kosovo regarding the developments of 2020 was handed over to the Speaker Vjosa Osmani by the Head of the EU Office in Kosovo, at the same time EU Special Representative, Tomas Szunyog. According to the report, Kosovo has made limited progress in European Union-related reforms, mainly due to the unstable political situation, with snap elections and two changes of government, as well as the need to deal with the pandemic. This time, the Commission has given serious remarks to the Kosovo Parliament, claiming that "in the period covered by this report, it has not improved its overall performance as a forum for constructive political dialogue." Regarding the electoral process, it is generally considered transparent and well administered, although there were weaknesses in the counting process. Once again, it is mentioned that among the Serb community there were intimidations of candidates who were not from the Serb List. The situation in northern Kosovo is assessed as challenging, especially in terms of organized crime, corruption and conditions for freedom of expression. In most areas it is estimated that Kosovo has made only limited progress, both in public administration and in the judiciary. It is estimated that the judiciary is still sensitive to unnecessary political influence. Regarding organized crime and corruption, it is said that Kosovo is at an early stage in this area, although it is mentioned that the authorities have taken some actions in this regard. In this Report, Kosovo is also required to continue its engagement in dialogue with Serbia towards reaching a comprehensive agreement, which would then enable advancement on the European path. Meanwhile, the Report estimates that the quality of education in Kosovo continues to be at a "worrying level".

Hoti at the press conference

The Prime Minister of Kosovo, Avdullah Hoti, in a press conference with the EU Ambassador to Kosovo, Tomáš Szunyog, said that the EU Report on Kosovo highlights that Kosovo has met all the conditions for visa liberalization. Hoti said that despite the change of governments, progress has been made. "The report shows that progress has been made. "Kosovo's greatest achievement in this process is the Stabilization and Association Agreement of 2016. The report rightly says that Kosovo has met the conditions for visa liberalization, these conditions must remain met," said Hoti. The Prime Minister has said that during his four months in office, non-populist decisions have been made. "Crime and corruption remain a problem in themselves, but you have seen that within just four months of governing, the word corruption has left the public discourse. In recent weeks, you have without strong police actions that we have not seen in the last ten years. We have not seen such results since several governments in a row. "Kosovo has managed the pandemic well, it is leaving the list of high risk countries", he affirmed. Regarding the point that requires engagement in the dialogue with Serbia, the Prime Minister has stated that the government he leads is not afraid to approach the dialogue. "This government is not afraid to approach the dialogue and sit at the table because the principles are clear. I am not afraid to approach all topics. "We have not entered the dialogue process for a temporary solution, but for a final solution, which will permanently normalize relations with Serbia," he told the media. Hoti stated that they are in dialogue with Serbia as two equal states and that the topic of association is a closed topic. Earlier, In a virtual meeting with representatives of the International Monetary Fund, Hoti discussed the economic situation in the country, with special emphasis on the consequences created by the COVID-19 pandemic and the Government's commitment to economic recovery, where he said that the Government is strongly committed to maintaining financial stability in Kosovo. Among other things, new financial programs between the IMF and Kosovo were discussed at the meeting.