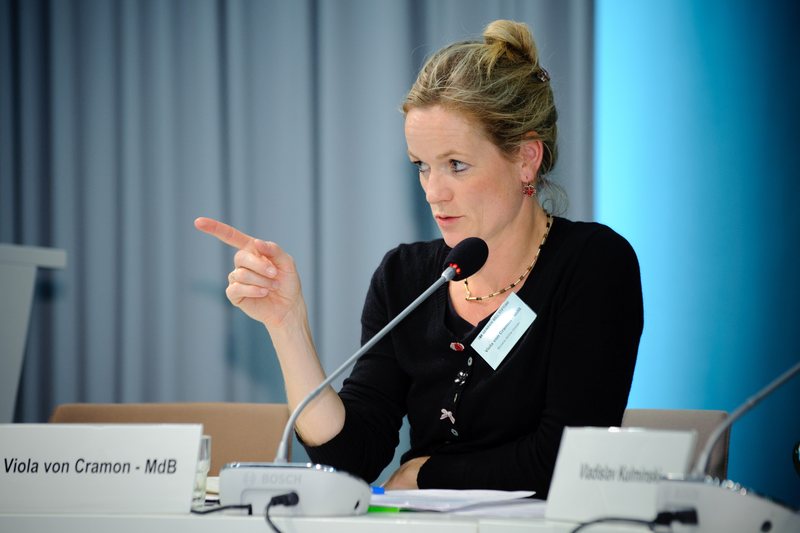 The draft report prepared by the Council of Europe for the Western Balkans, a draft that was previously published in some of the regional media, has provoked the reaction of not only political actors in the region but also the rapporteur for Kosovo in the European Parliament. Viola von Cramon's reaction was prompted by the fact that the draft report does not mention concrete steps for visa liberalization for the citizens of Kosovo, despite the fact that this country has long met all the conditions set by the European Union for this case. Von Cramonka reacted by saying that it is not enough just to talk about visa liberalization for Kosovo citizens in the Council of the European Union, as the citizens of Kosovo want a concrete date when such a thing will become a reality for them. Her reaction came via a post on the social network Twitter, Immediately after the publication of the fact that the report will mention only the fact that "the Council understands the importance of visa liberalization for the citizens of Kosovo", it is stated that "the proposal is being considered in the Council" and recalls that the European Commission had proposed since 2018 for Kosovo to have its visas revoked. In her reaction, Viola von Cramon said that the citizens of Kosovo want to have a clear date, and this depends on the European Council. "I am happy that the Council of the European Union has discussed visa liberalization for Kosovo. However, this is not enough. The citizens of Kosovo want to have a clear date. "It all depends only on the Council," Cramon wrote on Twitter. Regarding the part of Kosovo in this draft, It is reported that Kosovo will be invited to urgently improve efforts to improve the rule of law, step up the fight against organized crime and corruption, and public administration reforms. Another point that will be addressed to the government and institutions of Kosovo is the continued commitment to the Specialized Chambers, in full compliance with its international obligations, local laws and as a way to demonstrate sincere efforts for the rule of law, fundamental freedoms, justice and reconciliation. Another point that touches on Kosovo and Serbia is that of the dialogue between the two countries, a process that is already frozen and no date has yet been set for a meeting between the two governments, even a meeting at the expert level. The Council of the European Union, through these draft conclusions, urges that they continue to engage in dialogue in good faith and in a spirit of cooperation and compromise in order to reach a comprehensive, legally binding agreement in accordance with international law and EU law. The Council will invite the parties to respect and implement all agreements reached so far in the dialogue process. "The Council recalls that progress in the normalization of relations with Serbia is a fundamental principle of the Stabilization and Association Agreement and is the basis for the development of relations and cooperation between the EU and Kosovo," the document reads. The Council of the European Union, as stated in the text prepared for these conclusions, which must be approved by the member states, urges Serbia to continue processing war crimes cases. Serbia is also required to prevent the glorification of war criminals. All Balkan countries are required to align their positions with the EU on foreign policy issues, especially the restrictive measures that the EU adopts for third countries.