Salih Mustafa appears before the Special Court, holding no position on the charges raised 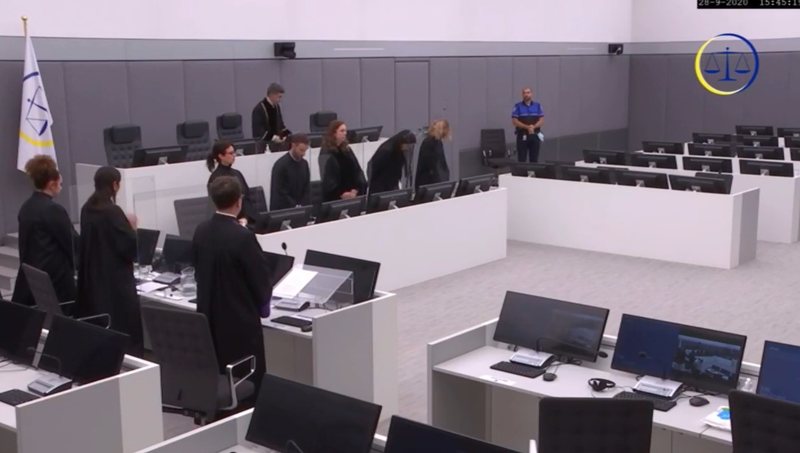 Yesterday, the first court hearing took place at the Special Court in The Hague with the former Chief of Intelligence of the Kosovo Security Force, Salih Mustafa, and the interview of the former Commander of the General Staff of the Kosovo Liberation Army, Agim Çeku. Mustafa's first hearing took place in the courtroom of the Kosovo Specialized Chambers, while the indictment against him was confirmed on June 12, 2020. His arrest was made four days earlier on September 24 and he was immediately transferred to The Hague. "On June 12, 2020, as a pre-trial judge, I confirmed the indictment filed by the specialized prosecutor against the accused. "The accused is charged with arbitrary detention, cruel treatment, torture and illegal murder," the judge said at the beginning of the hearing. According to the indictment, Mustafa as the superior of the BIA unit, had committed the above offenses against at least 6 individuals between 1 and 19 April 1999. Mustafa has 30 days to declare the indictment confirmed on 19 June. During his speech, Mustafa's defense lawyer before the Pre-Trial Judge said that his client has not seen the indictment against him so far, saying that he is only informed about the edited version where some information is hidden. . "My client received only the edited version of the indictment, I do not know why they were edited or who was mentioned in the edited version. When it is available we need it. "Of course all this is very new for my client, he will need some time to adjust", said the lawyer.

Former Commander of the General Staff of the Kosovo Liberation Army, Agim Çeku appeared before the Prosecutor of the Special Court in The Hague yesterday. In a statement of his lawyer, Artan Qerkini for his Telegraph, the interview was confirmed and the fact that he finished before noon on Sunday, but refused to give any further details regarding the case. Ceku had received an invitation for an interview from the Special Court earlier this month and was invited for an interview as a suspect, which Ceku himself had confirmed some time ago.

Attitude of the KLA OVL lawyer

One day after the arrest of Mr. Salih Mustafa, the special prosecution arrested the chairman of the Organization of War Veterans of the Kosovo Liberation Army, Hysni Gucati, and the deputy chairman of this organization, Nasim Haradinaj, on suspicion of "criminal offenses against the administration of justice, respectively for intimidation of witnesses, revenge and violation of the secrecy of the procedure ”. The War Veterans Organization said on three occasions this month that it had received thousands of Special Court files from unknown individuals, testifying to its co-operation with Belgrade authorities and its allegedly one-sided character.

Tomë Gashi, a lawyer for the KLA OVL, says that Hysni Gucati and Nasim Haradinaj are not to blame for leaking the Special Court files. Through a Facebook status, Gashi writes that their "fault" was that they understood the cooperation of the Serbian Prosecution with the Special Court by fabricating evidence against KLA members. "This is a 100% political unrelated arrest. But where did they see the Special Forces in The Hague arrest Nasim Haradinaj and Hysni Gucati without arresting anyone of their own. What is the fault of Nasimi and Hysniu that they brought them documents that had leaked from The Hague, some 2500 km away from the OVL headquarters of the KLA. "Their 'fault' was that we clearly saw the cooperation of the Serbian Prosecutor's Office with the Special Court in fabricating evidence against members of the KLA," he wrote.