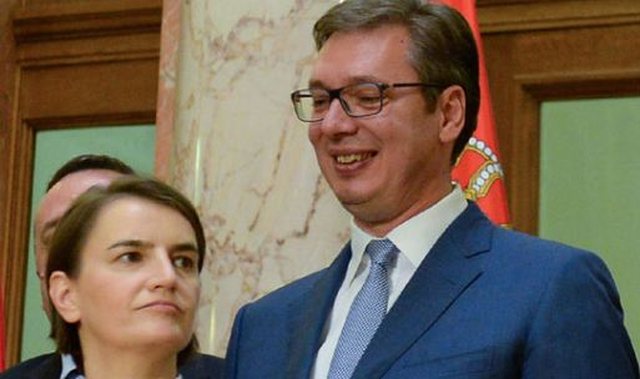 Serbia has withdrawn its decision to expel the Montenegrin ambassador. The day before, Montenegro and Serbia had decided to expel each other's ambassadors.

The Prime Minister of Serbia, Ana Bernabic, announced the decision on November 29th after a meeting with the President of Serbia, Aleksandar Vucic, and after consultations with the Serbs of Montenegro.

"We have decided that Serbia should unilaterally withdraw the decision to expel the Montenegrin ambassador. "Good relations with Montenegro are above all the most important for us," said Bernabic.

She expressed hope that this action will be considered by Podgorica as a sign of goodwill and stressed that Serbia will continue to develop relations with Montenegro. "We are once again extending the hand of cooperation and friendship," she said. President Vuiciic said that Serbia "has done a good deed", adding that it is up to it to show that it wants "good and brotherly relations" with Montenegro.

In a Twitter message, European Enlargement Commissioner Oliver Varhelyi welcomed Serbia's decision and called on Montenegro to do the same. Serbia declared the Montenegrin ambassador a person non grata and ordered his deportation on November 28th, after Montenegro had previously taken the same action with the Serbian ambassador to Podgorica. As a reason for declaring the Serbian ambassador a person non grata and expelling him, the Montenegrin Foreign Ministry cited "long and continuous interference in the internal affairs of Montenegro".