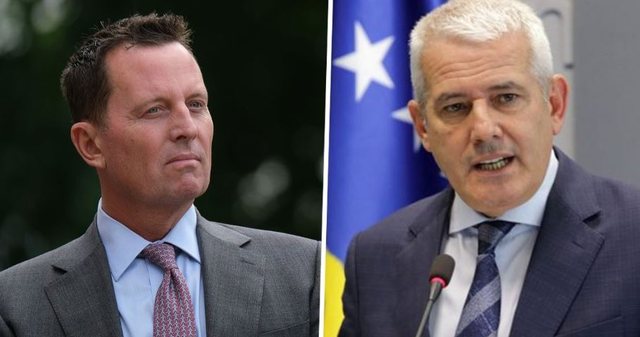 The former envoy of the United States of America for the Kosovo-Serbia dialogue, Richard Grenell, has reacted after the expulsion from Kosovo of the Russian spy, Daria Almaova.

He described the statement made by the Minister of the Interior of Kosovo, Xhelal Sveçla, as an incitement to hatred.

According to him, Sweden's statement that the Russian spy Alamova was arrested and declared non-grtaa by the Kosovo authorities came on the same day when the police were attacked by criminal gangs in the north of the country, is a terrible precedent, since every country has the right expel and declare non-grata the officials of Kosovo in the future..

“While you have every right to deport pro-Russian individuals (or anyone) you don't like, you are also setting a precedent for other governments to ban Kosovo officials they don't like…. It's a terrible precedent. So is the rejection of Serbian stickers on license plates", writes Grenell, reconfirming his position against any kind of measure of reciprocity with Serbia that Kosovo intends to establish. 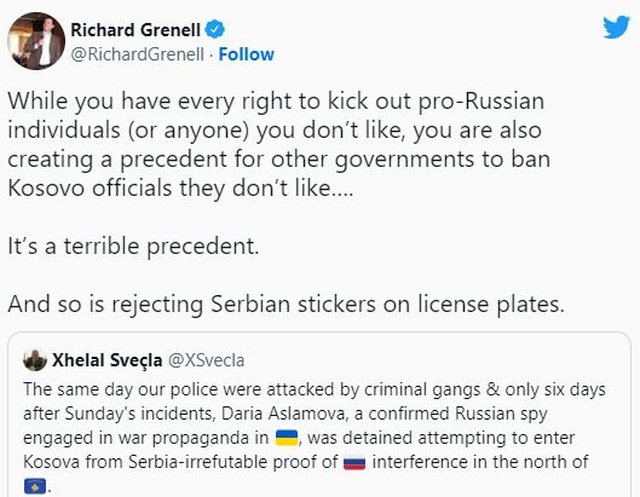 Sveçla had written that the arrest of Aslamova, who today announced that he has declared "non grata" by banning her from entering Kosovo for 5 years - is "Russia's intervention in the north of Kosovo".