The situation gets out of control / The lives of citizens are endangered, snow and frost in the neighboring state, the government makes an urgent decision and takes the army to the streets (VIDEO) 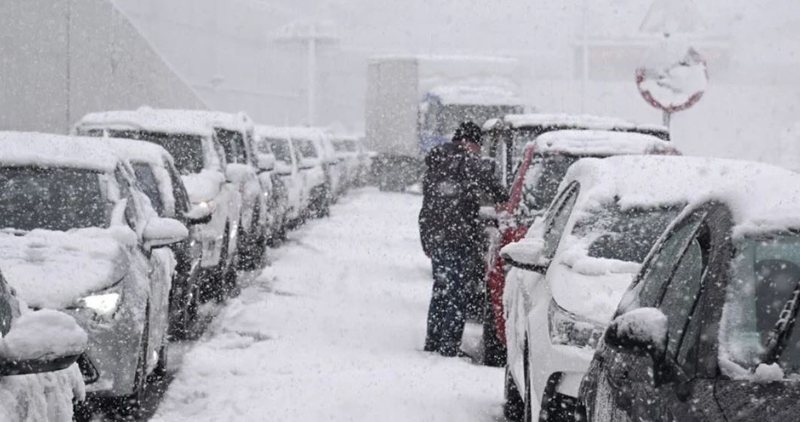 Greece has been "occupied" by the harsh weather and snowfall in recent days. The drop in temperatures has caused numerous problems in Greece, where the government has taken the army to the streets to help open roads and remove thousands of vehicles stranded on the outskirts of Athens.

Although authorities had warned residents to avoid unnecessary movements, thousands of Greeks still took to the streets in their vehicles but without chains or winter tires, creating chaos in traffic. Earlier, the Minister of Civil Emergencies, Christos Stilianidhis, said that a difficult night is expected in the area of ??Attica, Evia and the Aegean Islands.

The Ministry of Defense sent hundreds of military forces to unblock the main arteries, while the civil defense appealed to the residents to stay at home as during the next 24 hours the situation is expected to be the same.

Authorities decided on Tuesday to close all businesses in the affected areas, while all state mechanisms in Athens were put on full alert, schools, offices and institutions were closed. The Greek government has informed public administration employees that due to the aggravated situation they may not go to work on Tuesday.

Giannis Nasios, doctor and member of the Board of the Medical Association of Athens - a while ago # AttikiOdos # bad_wait_s hope #snow # Attiki pic.twitter.com/5MMzdBOyvW