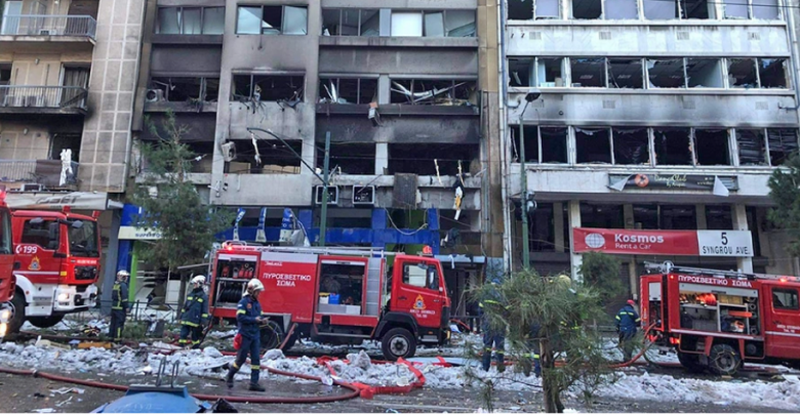 Athens was rocked this morning by a powerful explosion in the center of the capital just before 07:00 am near the Pillar of Olympic Zeus, at the beginning of Syggrou boulevard.

The blast was strong and shook the area, disturbing the residents of the surrounding buildings, while it was also felt in the nearby neighborhoods.

Immediately, 18 firefighters with 6 vehicles and a special ladder arrived at the scene. The strong explosion and shock wave have caused damage to many buildings at a long distance, where the windows were broken and the facades of the buildings collapsed! Many objects are thrown a few feet away!

According to preliminary information of the state television ERT, there is at least one injured person, who was sent to "Laiko" Hospital. Residents' testimonies also speak of hurting others. It is not known how the explosion occurred, which was followed by a large fire that later spread to a nearby building.

The incident happened at 06:45 in the morning, an hour when there are usually a lot of people in the area, but today thankfully it is a day off due to bad weather.