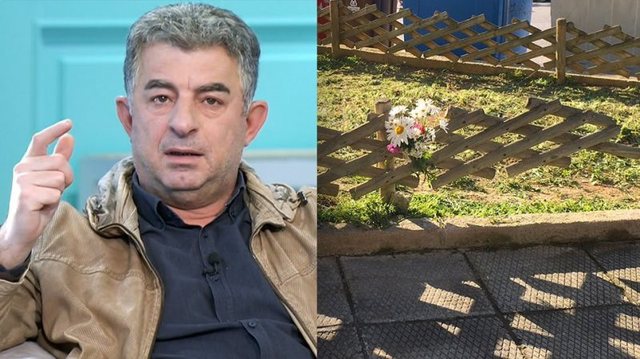 17 cartridges were found at the scene of Greek journalist George Karaivaz, who was executed by the mob after 2 pm on Friday, in front of his house in the Alimo neighborhood in the south of Athens, as soon as he returned from work.

6 bullets in the body fired from the 9 mm pistol with silencer were enough for the killers to shut the mouth of the reporter of the chronicle of the Star TV channel and an information portal.

Police who isolated the scene are gathering information from security cameras and eyewitnesses about two people on a small motorcycle who had been ambushed in front of the house.

But the killing has been so quiet that no one has understood anything for minutes. There is still no information on the motives of the murder, while the issues that the journalist in question was investigating are also being investigated.

The event has left a black mark again on media freedom in Greece, as 11 years ago Sokratis Golias, one of the pioneers of investigative journalism in Greece, was assassinated in almost the same way and the terrorist group Revolutionary Sect claimed responsibility.

The assassination, in addition to shocking journalistic circles and public opinion, has also provoked reactions from political parties. The government spokeswoman stressed that the competent bodies have started the investigation to find and arrest the perpetrators.

The opposition party Syriza, for its part, demands the immediate revelation of the murder by shooting the Minister of Civil Defense and underlining the fact that once again in the middle of the day, people are witnessing the murder of a journalist.

The Athens Journalists' Union also demands from the government and relevant bodies to cover the event, while through a press statement it sends a message to criminals that journalists do not bow to killings, injuries or threats and that they will serve the freedom of the press before any pressure, before any mafia practices and criminal plans.