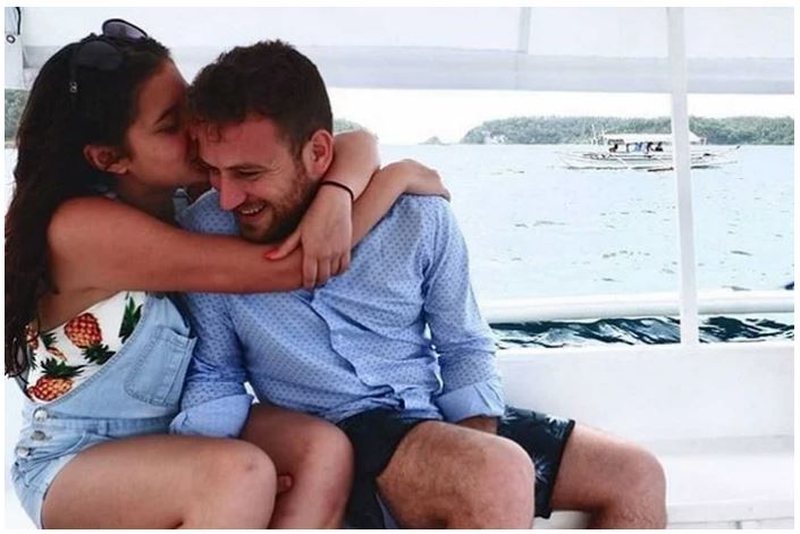 Greek police are continuing investigations into the macabre murder of a 20-year-old girl who was killed at her home in Glyka Nera, from the information found, the police is trying to find the three perpetrators.

Significant help for the authorities seems to be given by the 32-year-old pilot Babis Anagnostopoulos, Carolina's partner, whom the perpetrators of the murder made him not speak and put him in handcuffs.

According to the information, Anagnostopoulos saw the man who killed his wife when he was trying to send her to the bedroom. He described the killer as a man about 30 years old and with dark features, while giving information about the color of his eyes and hair.

According to the testimony of the 32-year-old pilot, the other two perpetrators were tall, slender and dressed in black. The suspected perpetrator was carrying a silver pistol and the other a black pistol. In any case, the Greek police rely on all the help they can get from Carolina's partner, who is extremely willing to provide as much information as he knows, despite his very poor psychological state.

It also seems that the reward of 300,000 euros to find the perpetrators, but also the willingness of citizens to help solve the case has led many people to contact the police to present information they have noticed and consider important. However, no one still knows if any accurate information has come out of this volume of stories that will really help the police to properly finalize the operation.

At the same time, police are monitoring all security cameras installed in homes and shops in the area to detect suspicious activity. There is a microscopic video, which shows some unidentified people.

Useful information can also be obtained from DNA that can be collected from hair, sweat and other findings collected from the attic in which the murder took place.

According to the information, the police have reached some conclusions on where the investigations should focus, after studying about 300 cases of violent theft. Police suspect that the perpetrators are persons with a criminal record.