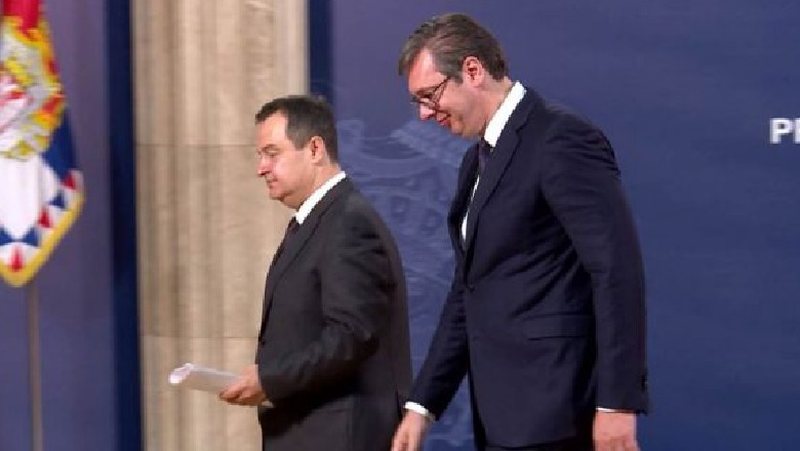 The discussion regarding the dialogue between Kosovo and Serbia continues to be a "hot" topic. In recent days, it has been reported in the Serbian media that the US and the EU will send a letter to Serbian President Aleksandar Vucic on Serbia's recognition of Kosovo.

The Speaker of the Serbian Parliament, Ivica Dacic, also spoke about this issue today, saying that such a letter would be a waste of time. He added that Serbia is ready for dialogue with Kosovo, but that does not mean recognition.

"An unofficial letter has been mentioned to impose the recognition of Kosovo. They should not come to Vucic with such a thing, there is no need for anyone to waste time with such things. "We have said hundreds of times that we want dialogue and compromise, but that does not mean recognizing Kosovo," Dacic said.

The head of the Serbian Assembly added that Kosovo can not join any international organization, as many other member states of the United Nations do not recognize it as a state.

According to him, Serbia is a constructive, reliable partner and fulfills its obligations, while Kosovo has shown a frivolity and unwillingness to reach an agreement.

EU-backed negotiations led to the Brussels Agreement in 2013 on the normalization of relations between Kosovo and Serbia. Under the agreement was the promise that neither side would hinder the other in the EU membership process.

Efforts to normalize relations between the two countries continued at the urging of internationals, and on September 4, 2020, the two sides signed the Washington agreement, mediated by the US and former President Donald Trump. In essence, this agreement had economic normalization, while currently the Kosovo-Serbia dialogue is suspended due to political developments in Kosovo.

Efforts to continue the dialogue between the two countries is ongoing by the international community, however no efforts have yet been formally initiated by the parties.