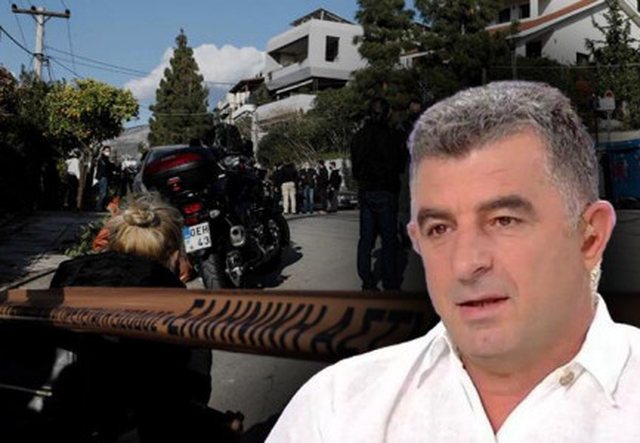 New video-photographic material provided by the Greek authorities reveals the two perpetrators of the execution of the journalist of the chronicle, George Karaivaz. The gruesome event happened on Friday afternoon, outside his home in Alimos.

Authors
From the video, but also the photo which is the only clear evidence so far that the Police has in its hands, new data emerge. According to data previously discovered by protothema.gr, the driver of the black Beverly type motorcycle has the following characteristics: He is short, wears a white gown with dark glass, a black jacket, jeans and shoes.

The journalist's passenger and executor is taller in body, wearing dark blue military pants, a hooded jacket, dark shoes, black hats and a black coronavirus mask. They arrived on the scene ten minutes before the reporter and waited for him to park the car to get off and then execute him.

Murder analysts estimate that it was a second group that followed the journalist and informed the executors about the path he was following.

In the black jeep of George Karaivaz, whose funeral was held today at 15:00, in his village, Kallifito Drama, where he was born, there does not seem to be a GPS system installed, while the black Beverly that was used by the killers has not yet been found. Authorities do not rule out the fact that the perpetrators either left it somewhere and it was not located, or that it is privately owned or even rented.

The mistake of the killers

The information provided by the police states that from the movements of the perpetrators, it seems that someone informs them that the journalist's car is approaching. Now what remains to be ascertained by the Greek Police officers is whether there were accomplices in the crime.

According to reports, the officers who took over the case know their escape route after the murder. All indications are that this happened via Granikou Road and from Papandreou Road they headed towards Ano Kalamaki. From there, authorities' investigations into the rest are underway, as well as whether they left the motorcycle somewhere and changed the vehicle, with which they went to their final destination. Officers from the Department of Crimes against Life do not rule out the fact that the journalist's executors went to Greece from abroad. This means that they can be "paid" executors who place their "signature" on the contract they made for the death of George Karaivaz.

The second part of the research is expected to focus on George Karaivaz's mobile phones and computers. The order given to forensic laboratories is to recover all data that may have been deleted.

At the same time, authorities will seek the removal of the telephone secret to investigate the phones that were activated around the murder scene at the time of the journalist's execution. EL.AS officers consider it certain that the executors received a call from an accomplice who was observing George Karaivaz.

They are also trying to get information from locals who may know something useful that will help them clarify the case.