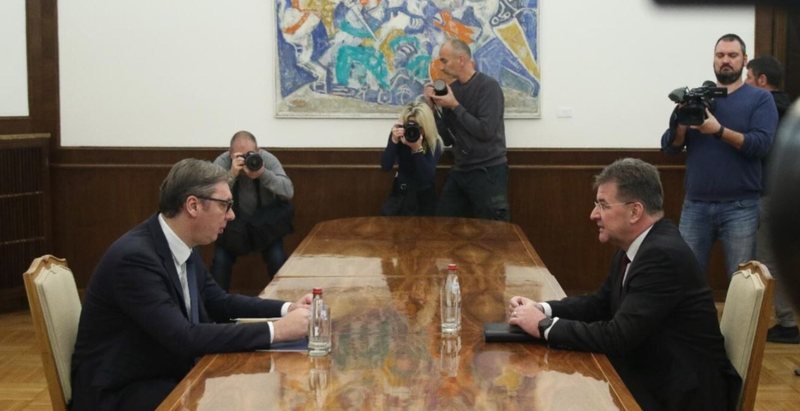 The envoy of the European Union for the talks between Kosovo and Serbia, Miroslav Lajcak, is staying today in Serbia, from where he will go to Kosovo tomorrow as part of the preparations for the continuation of the talks between the two sides.

Serbian President Aleksandër Vu?i? wrote after the meeting that he discussed with Mr. Laj?ak the latest developments in Kosovo and, as he said, "the problems faced by the Serbs due to the unilateral and illegal actions of Pristina". The Serbian president said that during the meeting he reiterated the necessity of implementing the agreement on the establishment of the Association of municipalities with a Serbian majority in Kosovo.

The visit of the European envoy takes place at a time when the European Union called on Kosovo and Serbia to act in a European manner and avoid actions and rhetoric that could incite tensions.

These comments followed Belgrade's angry reaction to the appointment of a new minister for communities in the Kosovo government, Nenad Rashic, a moderate politician to replace former minister Goran Rakic ??from the Serbian List.

The Serbian president had even warned that he would boycott Tuesday's meeting in Tirana between the European Union and the Western Balkans. On Monday he said that he will still go to Tirana because the absence of Serbia in that meeting would be harmful.

The Government of Kosovo said that the appointment of the new minister is in accordance with the Constitution of the country and the authority of the Prime Minister.

The European Union has warned of intense talks between the parties for a normalization agreement between them, based on a plan that has become known as the Franco-German initiative that also has the support of the United States. /VOA