The barbaric murder in Glyka Nera, tomorrow is decided for the fate of Babis. Here's what brought out the pilot hijacking scenario 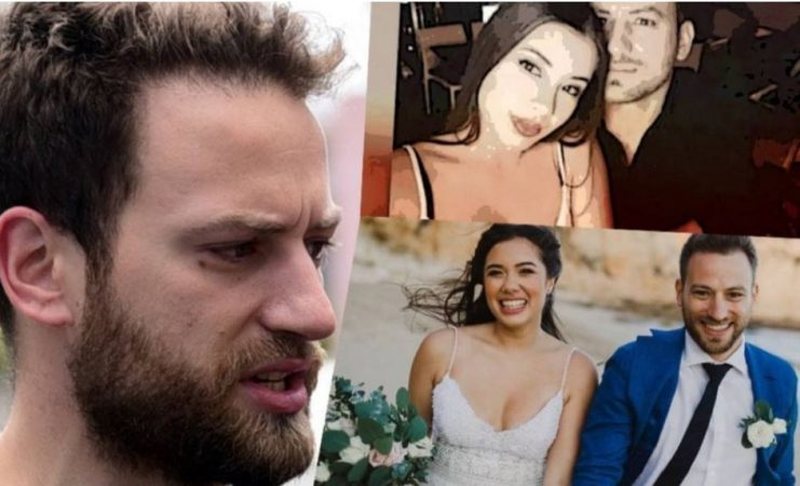 The next day Babis Anagnostopoulos will be acquainted with the sentence that will be given to him for the murder of Caroline and the murder of their dog Roxy. For almost 10 hours the pilot gave explanations last Thursday of everything that happened on the night of the crime, where he strangled his wife in the eyes of the child. He talked about his acquaintance with Caroline, the relationship, how many were in love, their marriage, their travels, their child… Anagnostopoulos revealed their life moment by moment, insisting that they had no problem, but Caroline wrote to the opposite of what he stated, in her diary. That they quarreled often, that she wanted to leave.

"Patris" newspaper reveals today unknown details of the investigation that led to the arrest of Babis Anagnostopoulos 37 days after the crime.
Police officers who entered the house first after Babis Anagnostopoulos's call found that the suspected robbers had carried out a selective search of the house. "It was one of the first things that struck us," said Konstantinos Hasiotis, the former head of the Murder Department, in his presentation on crime investigation.
The second element that impressed them was not from the victim, but from the pilot himself, as the marks from the tie on his hands were faint. He claimed to have been linked for a long time, but according to the findings of Haras Spiliopoulou, a professor of Forensic Medicine at the University of Athens, the signs were barely visible.

Babis Anagnostopoulos, according to the police, had entered the list of suspects from the beginning. Police discreetly monitored his movements in parallel with the investigation.
Authorities collected material from every camera that existed not only in the area but also in neighboring municipalities at a distance of 30 kilometers from the house. Time helped as according to the pilot's testimony everything happened at night so there was no traffic and the cars were significantly less.

After the cars and drivers were identified and it was found that no one had entered the house from the places where there were cameras. The pilot's claim of suspected Georgian perpetrators was verified and it was discovered that they were in the realm of the pilot's fantasy. Greek media report that the way he spoke on the phone when he called the Police has impressed the murder officers. The first thing he told the call center was that robbers had entered… As if he wanted to convince from the beginning about the robbery. Another key point was the fact that on the phone call he did not say the woman had died. He said to go by ambulance, but did not explain why.

He admitted before the court that; "When I met the police, I knew that sooner or later they would understand." The epilogue was written and Babis Anagnostopoulos as he said in his apology became one of the hated people of recent years in Greece. For a murder that does not occur to man. For the misfortune it caused to three families. For a criminal act that has a direct impact and has brought complete upheaval in the life of their daughter, Lydia. At some point he will have to explain to his daughter why he deprived her of her mother. And then Lydia will be the biggest judge who will judge Babis harshly.