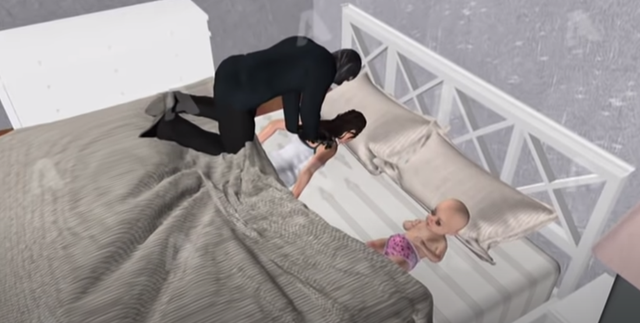 Greek media have published new 3D images that illustrate the aggravated murder of 20-year-old Carolina in her apartment by the Greek-Albanian gang.

The show "Light at the end of the tunnel" has published some new videos which illustrate the moment when robbers enter the apartment and are attacked by the family dog, which they hang on the stairs, writes Anikolouli.gr.

The footage then shows the moments when the 20-year-old is attacked, while her husband is put in front of the barrel of the gun to show where the money was hidden.

A neighbor and family friend spoke on the show about that fatal dawn, which ended with the murder of the 20-year-old.

"They were very loving as a couple. She adored her husband and he adored her. Despite her young age, she was a mature, organized and smiling girl. He managed everything calmly. We had daily and very good communication because we both loved and cared for the wanderers in the neighborhood. "He was an angel. "I woke up early in the morning to a noise, like a crow and the crying of a Carolina dog. Even my animals were thrown away. If I had understood something, I would have acted differently. What happened is disgusting. "I hope they are caught," he concluded.

The gruesome event happened in Greece a few days ago, where four people who went to rob a house in Greece ended up killing a 20-year-old, the dog, and torturing her husband. The 20-year-old woman was found murdered, in the attic of the house, next to the bed of her 11-month-old child, while her 32-year-old husband was tied to a chair in the bedroom.

Police suspect the crime was committed by a Greek-Albanian gang, but no arrests have been made yet.