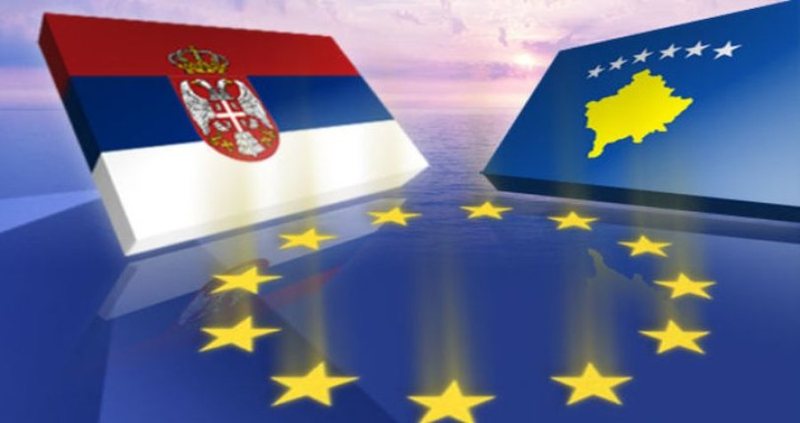 Brussels denied that the non-paper letter published on a Kosovo online portal was authentic. "We usually do not comment on media that publish alleged EU documents, we do not comment on authenticity or content, but in this case what has been published is not true, we have not seen such a letter before and it does not come from the dialogue team of EU", he said. This is Peter Stano, spokesperson for foreign policy and security of the European Union, in Pristina by e-mail. In an article published on Saturday, it is said that this non-paper follows the involvement of French President Macron and German Chancellor Scholz in the dialogue process with Serbia. The so-called non-paper presents a ten-year vision of the future of relations between Kosovo and Serbia and says that this "new framework" was presented to both the Prime Minister of Kosovo and the Serbian Prime Minister. In a conference held on September 21 in Pristina, the Prime Minister of Kosovo Albin Kurti described the "non-paper" as a document without authorization and refused to comment further. "It is neither useful nor correct to comment on documents without an author", said Kurti. He stressed that only documents produced in Brussels are official and can be commented on. Western Balkan scholars have also cast doubt on the authenticity of the documents, with Austrian expert and University of Graz professor Florian Biber noting on Twitter that they they looked "very suspicious" in origin. Biber said about Pristina in a separate message: "Mentioning the recognition of Serbia as a regional leader does not make sense." According to him, "this is not what any EU plan would ever offer and it is not even possible ". In the mentioned documents, it is said that a proposal was made by which Serbia would accept Kosovo, but not recognize it as a state, which would open the way for the five EU countries that currently do not recognize Kosovo. The most important part says that Kosovo will not be required to form the Union of Serbian Municipalities in the next 10 years, when a final agreement is reached. With the mediation of the EU, Kosovo and Serbia have been negotiating for the normalization of relations since 2011. So far many agreements have been reached, but implementation has been uneven. Kosovo wants the dialogue with Serbia to end with mutual recognition, but Serbia is looking for a compromise solution and has said that it will never recognize its former province. "The appearance of "Non-Papers" is a sign that we are nearing the end of the Kosovo-Serbia dialogue" Political analyst, Dukagjin Gorani, has commented on the appearance of two unofficial diplomatic documents related to the final epilogue of the Kosovo-Serbia dialogue. Gorani in the Rubicon in Klan Kosova said that through these two documents it is becoming known that the "game" is ending. "Here you can clearly see the speed with which the international diplomacy engaged in Kosovo intends to complete this process. I think that the speed of action and the closing trend are two contexts that we should take out of the discussions these days". "It started quickly and we are being told that this time it is about closure. So there is no question of a restart. There is no question of a sequel either. It's about finding closure." "NonPaper's shot right here shows that we're nearing the endgame. When I have this non-paper written today, which is much more structured than the first one, I saw from one sentence of this half document that the source is somewhere near Belgrade". He emphasized that these documents do not talk about recognition as an act, but this term is reduced. "When it comes to recognition, this is reduced to allowing Kosovo to join international organizations. There is clearly no talk of recognition as an act. You spoke more about an implicit recognition. This can be seen that whoever made this document released it as a balloon". "These documents will not be important. But, it's an appearance, it's a sign, an "omen" that you're going to Brussels and completes this process". According to him, through "NonPaper", the frameworks for the continuation of the negotiations are made known. "Both communities and both states two almost childish scenarios are being made known to them. "Either you exchange territory with me or you agree with autonomy in the European regionalist context".

Lajçak urgent visit to Pristina and Belgrade, what is expected to be discussed

Kurti on the agreement with Serbia: It won't be easy, I'm a student of Dema?, he of Sešel

Public opinion is shocked! The citizen takes the chainsaw and tries to kill the municipal workers

The EU increases the pressure on Serbia for the sanctions against Russia, the European official: The membership negotiation process is frozen

Agreement with Kosovo? Dacic reveals whether Serbia will take part in the December 6 summit in Tirana

Earthquake shaking again, what does the well-known seismologist warn?

Vucic becomes "regretful", Varhelyi's emergency meeting in Belgrade changes his mind for December 6, Serbia is expected to participate in the EU summit in Tirana

Belgrade called him scum from the bottom of the bucket, who is the Serbian opposition Nenad Rashi? appointed minister in the Kosovo government that is infuriating Vu?i?, here are his connections with Kurti and Tha?i

Strong earthquake tremors in the Balkans, here is the magnitude and the epicenter