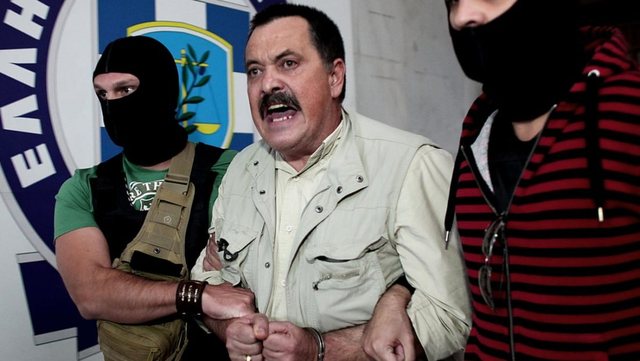 One of the leaders of Golden Dawn, the Greek neo-Nazi party, escaped arrest on Friday as dozens of his associates ended up behind bars after being sentenced by a court.

Christos Pappas, whose father played a key role in the 1967 coup, has been sentenced to more than 13 years in prison for his role in the party, as Golden Dawn was called a criminal organization by Hellenic justice. His lawyer said Friday that Pappas would not surrender, on the same day that Greek state television, ERT, said authorities exercised searches in at least five apartments linked to him.

The former owner of an appliance store, whose father, as a general, helped oust dictator Georgios Papadopoulos in 1967, worships Italian dictator Benito Mussolini and collects fascist souvenirs. The 58-year-old had previously escaped arrest, in 2013, when members of the Golden Dawn were detained after the murder of a singer and anti-fascist activist, Pavlos Fyssas.

The Golden Dawn trial began in 2015, and has been described as one of the most important in Greek political history. The organization's founder and leader, Nikos Michaloliakos, has been sentenced to more than 13 years in prison, along with other key party members.

In the 2012 election, Golden Dawn won 18 seats in the Hellenic parliament after campaigning against economic austerity and immigrants. But in last year's election none of its candidates managed to become an MP.

Pappas is known as one of the enemies of the Albanians, as he has made strong statements against our country.