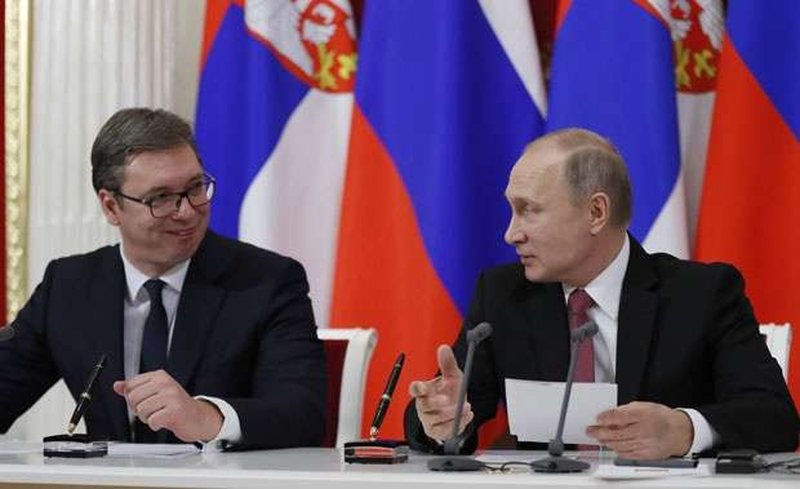 "Unfortunately, the world has never been in greater danger than it is today," Nikola Luni?, executive director of the Strategic Policy Council and former Serbian military attaché in London, told Danas. Commenting on yesterday's speech by the President of the Russian Federation, Vladimir Putin, which worried almost the entire world public due to threats of a possible third world war, the senior Serbian official says that "all technological achievements were developed in indirectly and sophisticated suicide weapons that, Paradoxically, we can defeat only and exclusively ourselves. What is most devastating is that we have made it possible for all of this to depend on one person. After the morning speech of Vladimir Vladimirovich Putin, it can already be said that we are on the verge of the Third World War, which can be initiated by the irrational decisions of a dictator. The attempted mass exodus from Russia speaks volumes for the measures put in place by Putin, and declaring partial mobilization in such a socially stratified society only means preserving the privileges of a privileged caste. Until now, these privileges have been reflected in drastic material differences, and henceforth sacrifices are also required for imperial dictatorial dreams," he said. According to him, "regardless of our new history and consequently indelible emotions, Serbia must follow its national interest in this situation". "It is a vital reason for the state's foreign policy for the survival of the people, our future and European values",

Lajçak urgent visit to Pristina and Belgrade, what is expected to be discussed

Kurti on the agreement with Serbia: It won't be easy, I'm a student of Dema?, he of Sešel

Public opinion is shocked! The citizen takes the chainsaw and tries to kill the municipal workers

The EU increases the pressure on Serbia for the sanctions against Russia, the European official: The membership negotiation process is frozen

Agreement with Kosovo? Dacic reveals whether Serbia will take part in the December 6 summit in Tirana

Earthquake shaking again, what does the well-known seismologist warn?

Vucic becomes "regretful", Varhelyi's emergency meeting in Belgrade changes his mind for December 6, Serbia is expected to participate in the EU summit in Tirana

Belgrade called him scum from the bottom of the bucket, who is the Serbian opposition Nenad Rashi? appointed minister in the Kosovo government that is infuriating Vu?i?, here are his connections with Kurti and Tha?i

Strong earthquake tremors in the Balkans, here is the magnitude and the epicenter