Serbia 'kneels'! The most beautiful of the World, Brazil creates a real gem (VIDEO) 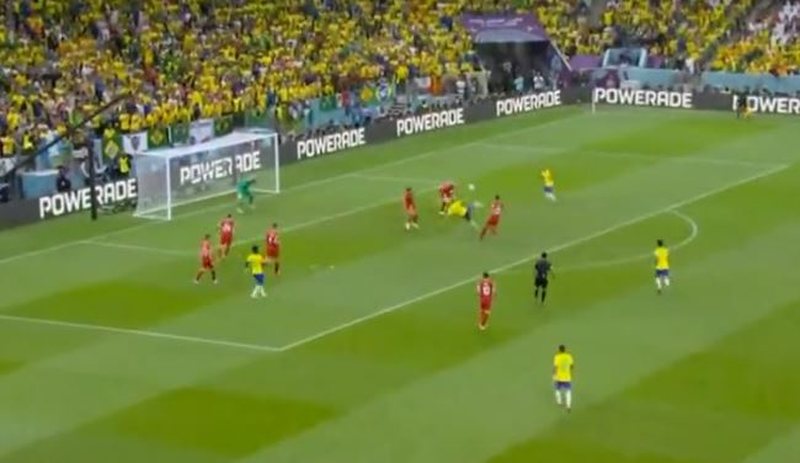 The current score between Brazil and Serbia is 2-0 (World Cup). In the 13th minute, O'ney would try to score the most beautiful goal in the world so far. Neymar tried to score directly from the corner kick, but he couldn't do it for a while.

A little later, Casemiro shot from distance, however goalkeeper Milinkovic Savic neutralized everything, controlling the area.

After half an hour of play, it was Raphinha's turn, whose idea is well understood by the Serbs, with the backline that cleared the ball. Tite's team's goal would come at the start of the second half, through Richarlison.

The safety goal was not long in coming, with a lovely move from Richarlison.

Uruguay falls, Portugal triumphs cleanly and waits for the ticket to the next stage

A light touch is enough, Cristiano Ronaldo unlocks the numbers and puts Portugal ahead (VIDEO)

Suarez ends up on the bench, the official formations of the Portugal-Uruguay challenge are published

The 'spicy' moment! Son bursts into tears after the loss, the coach of the opposing team asks for a photo (VIDEO)

Serbia on the brink of the "precipice" in the World Cup, Vu?i? comes out quickly with a strong "request" to his people

With a gem from Casemiro, Brazil finds the way to the net in front of Switzerland

Brazil-Switzerland in the dark! It also happens in the World Cup, the lights go out in the middle of the match (VIDEO)

What is the reason? Iran calls for the exclusion of the US from the World Cup in Qatar

With Xhaka but without Shaqiri in the game, the official formations of the Brazil-Switzerland challenge are published