The sister of the supreme leader of Iran goes against her brother, risks... 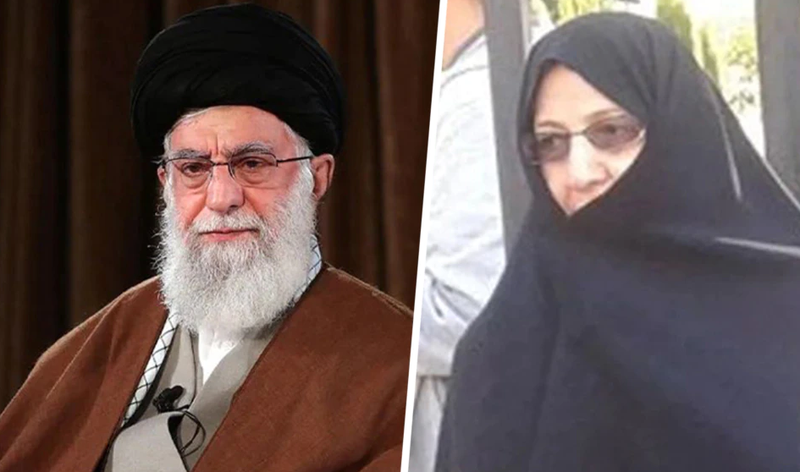 The sister of Iran's supreme leader has condemned the crackdown on protests in Iran and called on the Revolutionary Guard to withdraw, according to a letter published by her son in France.

In the letter written in December of this year, Badri Hosseini Khamenei, who lives in Iran, criticizes the way the Islamic Republic has risen from its foundation until today.

"I think now is the time to declare that I oppose my brother's actions and express my support for all the mothers who suffer the crimes of the Islamic Republic, from the time of Khomeini to the current era of the despotic caliphate of Ali Khamenei," she wrote. in the letter her son Mahmoud Moradkhani shared on Twitter on Wednesday.

"I hope my mother's words will break the silence of clerics who oppose (the Islamic Republic)," Mr. Moradkhani told the VOA Persian service.

Mr Moradkhani said he and his mother have had no contact with Iran's supreme leader since 2009 and that his mother is speaking out now to show that she "has been against this regime from the beginning".

He added that the protesters "are no longer afraid of this regime".

"The pressure from the government is not negatively affecting the movements and is not weakening the protests," he said.

In her letter, Badri Khamenei asks the Revolutionary Guards to "lay down their weapons" and "join the people, before it's too late."

Iranian state media announced today that Iran executed a man convicted of blocking a road and attacking a member of the security forces in Tehran.

On Wednesday, students took to the streets of Iran, following protests that followed the death in September of an Iranian Kurdish woman while being held in custody by morality police.

VOA's Persian Service cites several reports saying that protests took place in about 20 universities and that security forces used violence to quell them.

The Associated Press news agency has reported in recent weeks that the number of moral police officers in Iranian cities has decreased and that now more women are seen on the streets without the head covering.

Anti-government demonstrations in Iran began after 22-year-old Mahsa Amini was arrested by the morality police for wearing a headscarf. Her death while in custody sparked a wave of protests, during which human rights groups say at least 471 people were killed./VOA