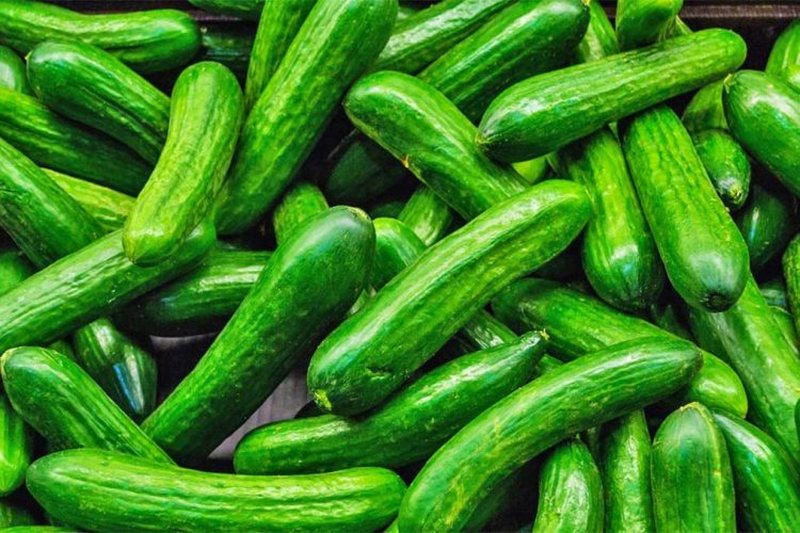 Fresh cucumbers are the main ingredient of many delicious and nutritious salads.

But what happens when the cucumber we use for salad is bitter? Have you ever wondered where the bitterness of cucumber comes from?

Usually freshly picked and seasonal cucumbers are delicious, full of juice, but occasionally we also find bitter ones that cause us discomfort and worry.

This is because the environmental conditions in which cucumbers are grown have a major impact on their taste.

If you happen to bite a bitter cucumber, then you should definitely read this article where you will also learn how to restore the sweet taste of this fantastic fruit. Yes, yes cucumber is fruit!

The bitterness of cucumbers is genetic

Cucumbers belong to the botanical family Cucurbit, the same family of fruits as watermelon or squash.

Believe the information brought from AgroWeb.org or not, but cucumber is botanically categorized as fruit.

All three contain some natural substances known as cucurbitacin, which are commonly found in shoots and leaves.

However, it often happens that these chemicals move from the leaves inside the fruit making them bitter.

How does cucumber bitterness occur?

Bitterness is not necessarily caused by heat. The constant fluctuation of temperatures is enough to compromise the taste of cucumber.

As in the case of temperature fluctuations, long periods of drought followed by excessive irrigation can cause stress to the cucumber plant making the final product extremely bitter.

Some cucumber plants contain certain genes that cause their bitterness. Even if the seeds you use are of the same cucumber varieties, one of them will turn out bitter while the others will be delicious. It's a matter of genes!

Use this method to sweeten the bitter cucumber

Did you know that you can save cucumbers from their bitterness before consuming them?

One method is to cut both ends of the cucumber and rub the cut areas with the cut piece or even with the palm of your hand.

Such a move affects the chemical content of this fruit and the cucumber will lose its bitter taste./AgroWeb.org

High blood sugar / Insidious enemy of health. Here are the golden rules you should not break

Learn before it's too late / These are the signs that your body is deficient in vitamin D, here's what you risk

You do not have to get tired at all! 4 tips to achieve the perfect tan within a week

Here's how cannabis use can change teens' brains

Do you sweat a lot at night? Do not neglect this sign, here is what disease you may suffer from

Problems with bone pain? This is the natural recipe that cures almost every disease

Foods in which we find antioxidants necessary for health, should not be separated from the diet

Unknown use of toothpaste for nails

Get to know the 6 body signals that you should never ignore, experts say