The experts speak! Cancer, diabetes, anemia, bad measles: The color of the tongue reveals diseases and what it lacks 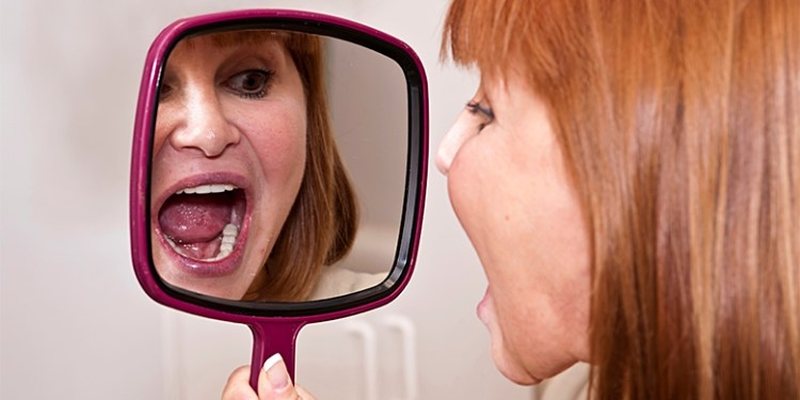 Quickly go in front of the mirror and carefully look at your tongue, because this organ is a real radar for early detection of diseases. Even when you feel good in the morning, it does not mean that some hidden diseases have not started in your body.

If you don't have time to go to a regular medical check-up, this is something you can do yourself. Just watch your language.

So, if you notice that the color of the tongue has changed, it is best to consult a doctor.

They are very similar to the white layer of milk, which is easily removed with a spoon: it is an infection. It most often appears in young children or elderly people, and it is caused by Candida albicans.

It can appear in different situations: when taking antibiotics or cortisones, diseases such as diabetes, blood diseases and lack of immunological protection. It is cured locally, while in serious cases with drugs.

A white to gray coating on the surface of the tongue can indicate problems with the stomach and intestines and difficult digestion due to reduced production of saliva. It is cured with antimycotic.

A white tongue can also be caused by leukoplakia - a condition that leads to the creation of white spots in the mouth. We are talking about lesions which can sometimes represent the beginning of carcinomas.

On the tip of the tongue there are brown threads, similar to hairs, several millimeters long. Such changes can be caused by smoking, but also by Candida albicans or Aspergillus nigera during long-term antibiotic treatment.

It is cured with drugs, for local and oral use, but if the changes are small, it is enough to paint with retinal acidity (vitamin A acidity) in a low concentration. As a preventive measure, daily brushing with a toothbrush is good.

If brown or dark spots appear on the tongue, definitely go for a medical checkup, because it could be some form of skin cancer - melanoma.

It could be the bad measles – streptococcal infection with a rise in body temperature.

The purple-red color is typical of vitamin B2 deficiency, as a result of poor absorption in the intestine, due to changes in the bacterial flora, caused during long-term antibiotic treatment. The tips are swollen, so the tongue has the appearance of being filled with shingles.

It is a congenital anomaly, while the tongue is larger than normal, with a deep line on the surface. There is no cure, but oral hygiene should be improved, namely rinsing with running water immediately after eating, in order to avoid the accumulation of food in the folds of the tongue.

Yellow tongue: this symbolizes liver malfunction or digestive problems. Vitamin B12 deficiency is the cause of a yellow, smooth and shiny tongue. The causes are the lack of food, especially in people who eat little meat and in vegetarians.

In such cases, vitamin B12 and vitamin B9, which are found in spinach, green salad, cantaloupe, banana, lemon, meat and liver, should be taken in addition. Vitamin B12 is mostly found in meat, milk and eggs.

A swollen tongue is most often the result of an allergic reaction - severe urticaria of the tongue and mouth mucosa. It is dangerous, because if it is not cured in time, it can cause suffocation.

This disease is hereditary, while it is caused by a lack of enzymes, or it can also be caused by insect bites.