Easily found, this is the herb that works wonders for our health 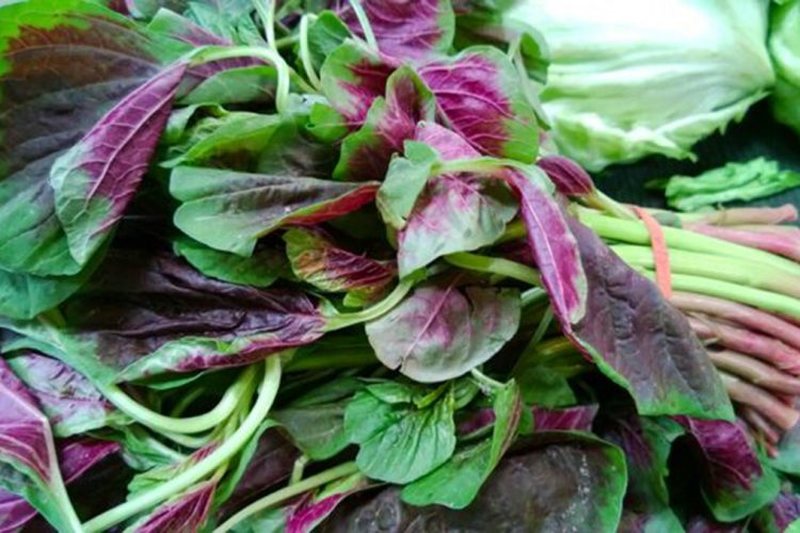 When the word spinach is mentioned, before our eyes comes a bunch of green leaves that are very healthy for the body.

But spinach is not found in green.

AgroWeb.org experts say there is another variety of spinach found in red.

Red-leafed spinach is widely found in India, Africa, and many parts of Central America.

Red spinach, with the botanical name Amaranth Dubius has a wealth of values ??which includes: iron, vitamins and minerals.

To be clear, red spinach has nothing to do with that of green, however it is called such as a consequence of similarity.

Doctors say the brighter the natural color of a food, the better it is for health.

Red spinach is full of iron that fights anemia.

It also contains antioxidants, including vitamin C which strengthens immunity and protects the heart.

In addition, red spinach contains protein, vitamins K and A, as well as folate.

Red spinach is rich in fiber, and prevents constipation.

It has cleansing abilities for the colon but also for the kidneys.

Red spinach juice has the ability to make hair stronger and more voluminous from root to tip, thanks to vitamins and minerals.

Red spinach juice can be applied to the hair 2-3 times a week.

This is very important for those who want to lose weight.

In addition to protein, spinach also contains fiber which increases the rate of metabolism.

Red spinach leaves are fantastic for the skin because they remove dead cells and promote the development of new cells for a more youthful and fresh skin appearance.

It has nourishing effect and makes it softer.

You should not overdo it with red spinach because it can cause some side effects such as: nausea, digestive problems, stomach cramps, kidney problems./AgroWeb.org

Add a few drops of lemon to the coffee, here's what will help

Well-known nutritionist tells Mediterranean diet that saves lives: Prevents some cancers and saves you from heart disease, hypertension and stroke

Another disease is spreading rapidly, the WHO is making urgent move

Do you have a headache? 6 ways to calm down without taking medication

Add 1 tablespoon of this ingredient to the glass of water, the results will surprise you in a short time, the studies are whitening

Do you have dark circles under your eyes? 5 factors that affect their creation

Mistakes you should not make when eating eggs

"King of vegetables", the values ??that octopuses have can not be compared with any other food, 20 reasons why you should not remove them from the table

Half a lemon and lukewarm water, the cure that fights 6 health problems