Do you often have a dry mouth and drink water at night? Specialist Ylli Merja reveals what is hidden behind these signs 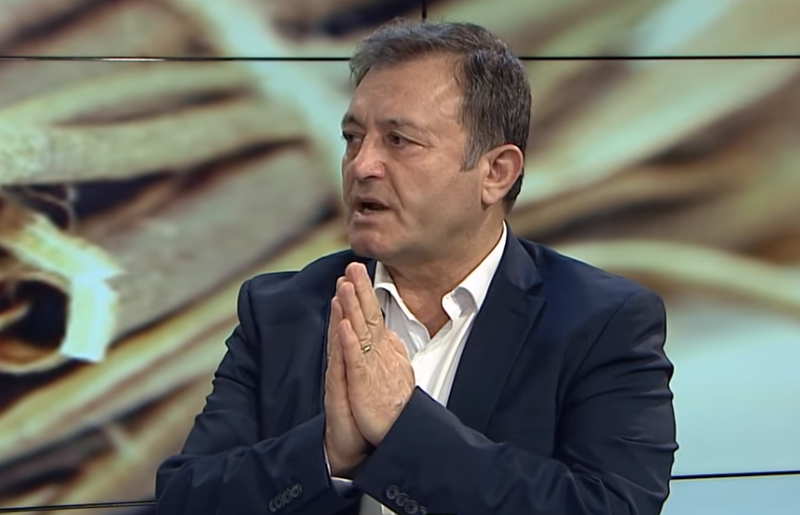 The liver is a mysterious organ. It does not show signs of illness until a serious problem has developed inside. Caring for this organ is an investment for life. The specialist in medicinal plants, Ylli Merja, in the weekly Skype connection on "News 24", said that when the liver shows problems, then a disease has been progressing there for a long time, the signs of which are only the tip of the iceberg.

"As the largest gland, it serves to store red blood cells. The liver gives some visible signs that a person should analyze with himself", says Merja, adding that if we eat unhealthy foods, the liver burdens its work. It raises the concern of eating in the late hours of the night, just before going to sleep, as this affects fatness and enlargement of the liver, which will no longer be able to cope with its functions.

"Foods that have a lot of cholesterol or salts damage the liver. Alcohol in large quantities, almost in 200 ml is equal to 250 g of sugar. In high doses, the liver gets tired and increases its volume, and the pancreas cannot cope with the production of insulin." - clarifies Merja, while making it known that if an adult drinks up to 100 ml of alcohol per day, this, on the contrary, helps blood circulation and the sugar obtained from alcohol turns into energy. Suspicions that something is wrong with our liver are: dry mouth, difficulty in passing food, drinking water often at night.

"At first," says Merja, "we should check the tongue for mold, if not, then we should suspect the liver." Other signs of possible liver diseases are: constant fatigue, body ruptures and hematomas, as well as swelling of the legs and hands testify to problems that indicate a liver that does not function properly, but also kidneys that have reduced the yield of theirs. In the specified analysis, liver tests are required, libidogram check to see cholesterol values ??and echo for details. There are many ways to protect the liver. The first is controlling food and reducing alcohol consumption.

Merja advises the use of wild cabbages such as chicory, sorrel and milkweed. According to him, walnuts, 4-5 crops per day, 1-2 coffee spoons of turmeric are necessary. These regenerate the cells, not forgetting the wild apple vinegar. During the night we should not burden this organ, even carefully during the day we can drink linden flower tea that detoxifies the liver which is often loaded with poisons.

Lettuce leaves are boiled and drunk during the day until we reach normal blood parameters. "We should not save wild fruits, wild apple, juniper, wild hawthorn melt cholesterol. We should think of carrots, red and white turnips", adds Merja, reminding us that the liver as an organ lives for another 600 years, it depends on how we treat it.