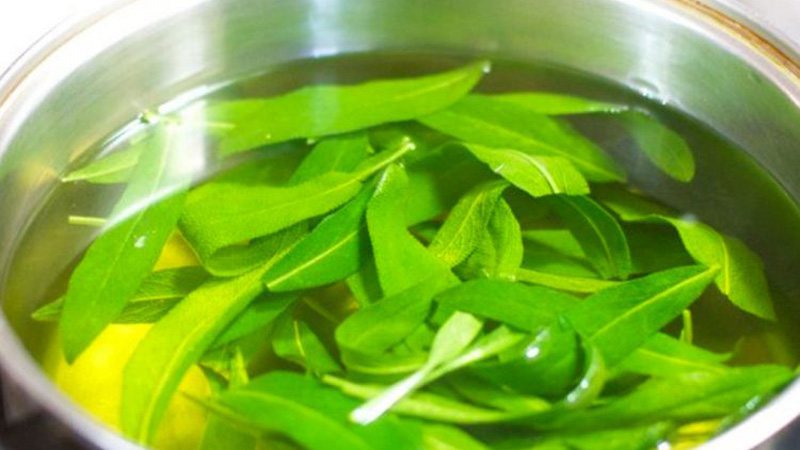 Temperatures are accompanied by an increase in cases of those affected by sudden colds. The change of morning and evening temperatures from those of lunch bring confusion in the way you dress.

As a result, we are all more exposed to colds so present in winter.

What are the most common signs of spring colds?
Throat problems, tonsillitis, cough and runny nose are the most common signs. They are also accompanied by a constant fatigue, which makes the new season enter with the wrong foot. So AgroWeb.org advises a very effective blend to soothe health, revitalize the body and for more energy. Honey and sage are two gifts of nature, which together constitute a healing superpower.

In Albania, sage is a very important plant. Sage is found in many areas of the North and South, so much so that we export it to many countries around the world. According to AgroWeb.org sources, Albanian sage is highly sought after in the United States, France and Germany, due to its unique values.

Method of preparation
Mix sage, pepper and water in a bowl. Put on the fire to boil, then lower the heat slightly and simmer until the water is halved. Then remove from the heat and allow to cool slightly. Squeeze the sage leaves inside the tea, in order to extract as much juice from them. Then drain. Add honey to taste and lemon juice. After cooling, place in the refrigerator and drink 1-2 tablespoons or more as needed to soothe a sore throat for coughs and respiratory infections.

Not to be neglected
Sage Tea is advised not to be used in pregnant women. According to information from AgroWeb.org, large amounts of sage can cause frequent heartbeats. If you suffer from diabetes, use it only with a doctor's advice./AgroWeb

Do you have cars when you travel? You have the solution at home, here's what to use

From digestion to beauty, here is the oil that does everything

If you drank milk this morning, you made a mistake, here is what causes it

Be careful, as you seriously endanger your health! Staying for hours without eating, here are three things you should not do on an empty stomach!

Avoid as much as possible, this food is damaging our kidneys day by day without realizing it

These are the reasons why you should not wear the same pajamas for 2 days in a row, when you read the reasons you will realize that you did a lot wrong, experts call it alarming

Do you suspect you are infected? This sequence of COVID-19 symptoms that differs from the flu

7 hallmarks that indicate you have passed the coronavirus

Situation from COVID, experts tell the secret how to take vitamins to be more effective

It's incredibly simple, how to thoroughly cleanse the lungs at home