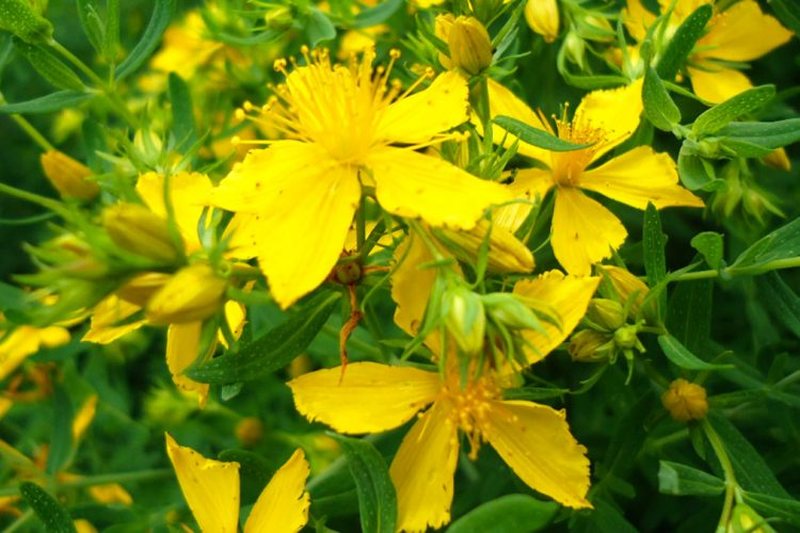 The practice of mixing basan flower in olive oil is known in many cultures.

The resulting mass has been used since ancient times to heal various wounds, such as cuts or burns of the skin.

This flower is known by the botanical name Hypericum perforatum.

In twentieth-century pharmacies, this mixture was known as red oil, or 'Hypericum liniment'.

Folk medicine uses olive oil with basani flowers as a cure for gastritis and ulcers.

Basan flowers can be found in the drops of medicinal plants.

AgroWeb.org brings you two methods of preparing this oil:

According to data from AgroWeb.org, in our country this preparation is prepared using the whole plant.

Basan flowers are thrown into a glass bottle of olive oil and this mass is left in a dark environment for forty days.

After this time, when the black flower seeds have released their pigment and the oil has taken on the characteristic red color.

This mixture is drained and stored in another glass container which is suggested to be stored in a cool environment.

For this cure you need:

The data of AgroWeb.org show that one of the ways of preparing this oil, which comes from western countries, consists in collecting the plant at the moment it has blossomed.

In a container filled with fresh flowers pour enough olive oil that will be enough to cover the flowers.

The flowers, ground and covered with oil, should be placed in the sun for two to three weeks, so that the flower retains its properties in olive oil.

This mass should be shaken almost daily to facilitate the mixing process.

After two weeks have passed, the plant should be drained of oil and set aside.

The basan flower oil mixture should be stored in a dark and cool environment.

For this cure you need:

This oil can be consumed by drinking a tablespoon a day for 30 days, to cure various diseases of the digestive system, gastritis, ulcers but also for a beneficial effect for the whole organism./AgroWeb.org

Cure 5 diseases that are very common in our country, learn how to use parsley as a cure against these health problems

You should definitely have it in your homes / This is the healing flower of antiquity, experts give important information about it

If you want to get a good night's sleep, here are some foods you should eat before going to bed.

Should you be concerned about the marks on the arm after the vaccine? The latest study is published that clarifies everything

The ideal solution! Learn the benefits of red onion for hair, you will be surprised

Experts give advice that we should all know, how to understand that blood vessels are blocked and have problems and what to do

Do you want to lose weight? These three ingredients will help you a lot

Don’t ignore, these are 6 body signals we should all take seriously

Try to avoid them! These foods cause anxiety

These are the signs that you have toxins in your body, discover the natural ways to get rid of them right away and what you risk from them