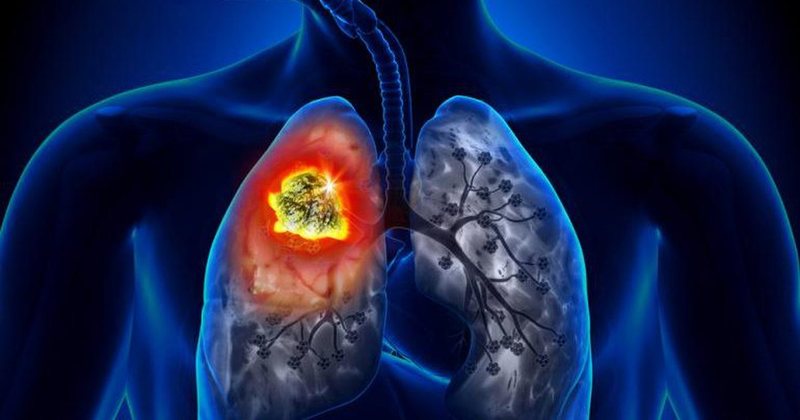 Lung cancer is a disease characterized by the uncontrolled growth of cells in lung tissue. However, 90% of lung cancer cells are destroyed by a specific plant substance.

Most cancers that start in the lungs, known as primary lung cancers, are carcinomas that arise from epithelial cells.

The most common cause of lung cancer is long-term exposure to smoke, which causes 80-90% of lung cancers. Non-smokers account for 10-15% of lung cancer cases, often attributed to a combination of genetic factors, radon gas, asbestos and air pollution.

Lung cancer is the most common cancer in the world, with an incidence in men and second only to breast cancer in women.

In an old research, we had read that celery and parsley contain apigenin, a natural flavonoid, which is a valuable weapon against leukemia.

A new study published in PubMed found that apigenin, the substance found in parsley, can destroy 86% of lung cancer cells.

What is miracle apigenin?

The flavonoid substance apigenin, which is found in various fruits and vegetables, appears to have an anticancer effect.

Apigenin is a flavonoid compound found in abundance in parsley, celery, chamomile, oranges, onions, but also in many fruits and vegetables.

It was found to have the ability to retrain cancer cells to behave as normal by following the process of cell apoptosis, that is, programmed cell death.

Older research reports that apigenin acts protectively against other diseases and cancers, such as ovarian cancer.

Lowers high blood pressure, 3 natural methods that have no side effects

ATTENTION, experts warn/ The length of your finger can indicate the risk of getting cancer

Delicious and creamy coffee, this is the simple trick that everyone keeps secret

Good news is coming/ Scientists make an important discovery, a light of hope for all those people who suffer from this problem (PHOTO)

Beware that we may be in great danger/ Should we stay with sea salt after the beach? Dermatologists clear up the must-read dilemma: What to do after you get out of the water

New study published/ Forget what you knew before, why you should never put ice where you are injured

Eat an apple every night before bed, you will be surprised by what will happen to your body

The latest study is published/ If you eat this food every morning, your heart will be more protected

Your cough hasn't stopped for weeks or months, the well-known doctor tells you the main reasons from medications to diseases

Take care of anemia / Natural cures to increase hemoglobin, do not share these products from the table

Do you have back pain? These are the 10 main causes, here's what you should be careful of and when to go to the doctor