You will not believe why it is so special, this type of cheese costs 1000 euros per kilogram. It is also found in Kosovo 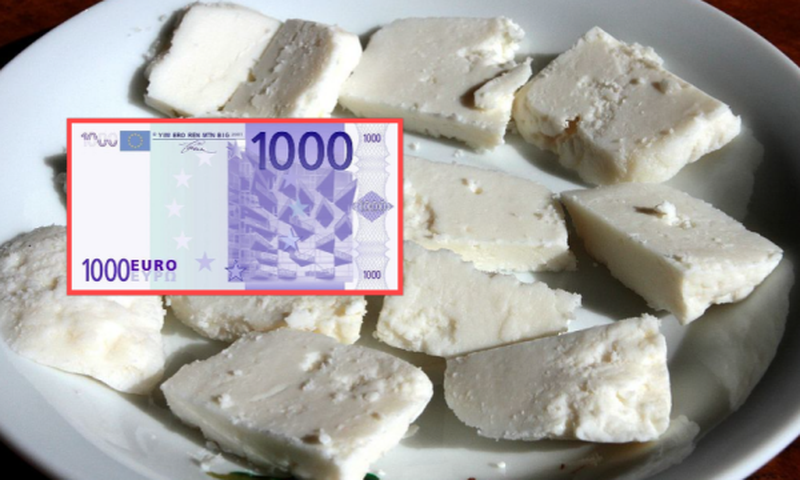 Their buyers, someone will say, are those who don't know what to do with money. Instead of exclusive perfume, donkey milk cheese is packaged there, just for people with deep pockets.

In a place near Belgrade, in the nature reserve, they produce the most expensive cheese in the world. For just 1 kg of cheese, 25 liters of donkey milk are needed and this supposedly explains its high price.

Currently, there are 120 donkeys, which during a day can give from two to 11 liters maximum.

Depending on whether and how much they are in the period of milk production (lactation).

The donkey can give a maximum of 35 liters of milk throughout the year, and this is only until she raises her young. In the animal world, donkeys carry unborn cubs in their stomachs for the longest time, for 1 year and 15 days, and of course during that time they do not give milk.

Up to the price of 1,000 euros for a kilogram of cheese was reached with a simple calculation, 40 times 25.

The figure 40 shows the price of donkey milk in Serbia, while 25 is the amount of liters needed to produce one kg of cheese.

According to the Zagreb newspaper V. List, the price of this type of milk in Croatia goes up to 70, while in Europe even 100 euros.

This milk is specific because it has almost 100 percent the same composition as mother's milk.

But, for the production of cheese, a small amount of goat's milk is added to it, since donkey's milk contains only 1 percent fat.

The sale of this type of cheese is done only via the Internet or by order and with direct home delivery,