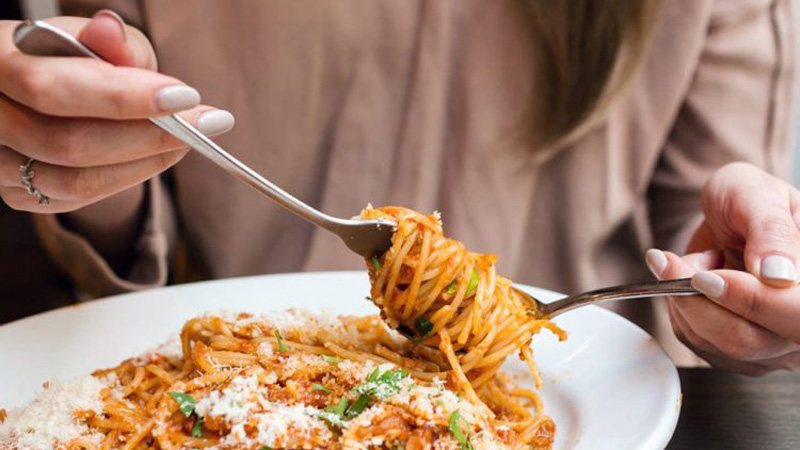 Eating too fast is wrong and increases the risk of heart disease, diabetes and cerebral hemorrhage. This is the conclusion of a study conducted in Japan. The study findings were published in the journal Scientific Sessions in 2017.

The study found that food greed is extremely detrimental to metabolism and cardiovascular health. The study, led by cardiologist Takayuki Yamaji, part of the University of Hiroshima science team, looked at the eating style of more than 1,000 people over a five-year period. The study focused on the relationship between eating speed and cardiovascular disease, diabetes and cerebral hemorrhage summarized in terms of metabolic syndrome.

Speed ??in feeding triggers five risk factors of the aforementioned diseases. Risk factors are: high blood pressure, high levels of triglycerides, blood fats, sugars, low levels of good cholesterol and overweight. Fast food is also the cause of high and frightening rates of obesity around the world, scientists say. According to them, the prevalence of this broad spectrum of diseases varies from 10-84 percent of the world's population.

Specifics of the Japanese Study
Cardiologist Takayuki Yamaji and his colleagues examined 1,083 persons, 642 of whom were male. The mean age of the study participants was 51 years. In 2008, which also marks the start of the study, participants had no signs of metabolic syndrome. Participants were divided into groups according to the speed of eating: those who ate slowly, at normal rates, and those who ate fast.

People who ate normally were 6.5 percent more likely to be affected by these factors. People who ate slowly were only 2.3 percent more likely to develop metabolic syndrome. The study authors stated that fast food causes overweight and a high prevalence of metabolic syndrome. According to them, slow eating is a key factor in preventing this syndrome. The study underlined that those who chew slowly feel more full and do not overdo it with food./AgroWeb

Problems with cholesterol? You should give up these foods immediately

The study is published: This is why gray matter appears at a young age

Protects the brain and strengthens immunity, discover the cure with wonderful health values

Chamomile and yogurt, cure for one of the most common problems especially for women

After this photo, you will no longer use the hand dryer in the bar!

Get rid of toothache without going to the dentist

Fights high blood pressure, this is the precious plant highly sought after by all

Strengthens immunity and fights dry cough, learn how to prepare your own natural syrup that gives immediate results

New coronavirus study published: This is another painful symptom experienced by infected people