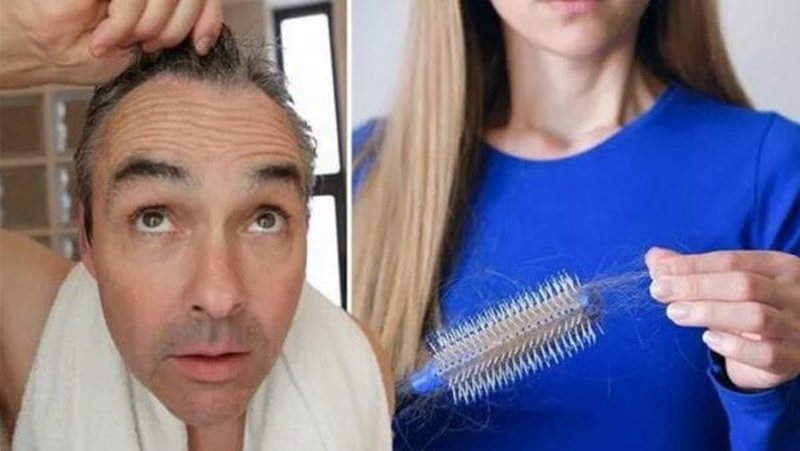 A team from the University of California Irvine (UCI) in the US and partners from other countries have discovered a molecule – called SCUBE3 – that causes vigorous hair growth in men and women.

They claim it can put an end to baldness and hair loss, including alopecia, for good. The study, published in Developmental Cell, revealed exactly how dermal papilla cells, found at the end of each hair follicle, stimulate new growth.

Although it was already well known that dermal papilla cells play a major role in controlling hair growth, the activating molecules involved were previously "poorly understood".

Study author and UCI professor Maksim Plikus explained: "At different times during the life cycle of the hair follicle, the same dermal papilla cells can send signals that either keep the follicles dormant or trigger new hair growth. cloud.

"We found that the signaling molecule SCUBE3, which dermal papilla cells naturally produce, is the messenger used to 'tell' neighboring hair stem cells to start dividing, which heralds the start of new hair growth. young people".

Production of activating molecules by dermal papilla cells is "critical" for efficient hair growth in both mice and humans.

To investigate this, the team studied a mouse with hyperactivated dermal papilla cells and excess hair.

Further tests then proved that SCUBE3 activates hair growth in human follicles. The researchers microinjected SCUBE3 into mouse skin into which human scalp follicles had been transplanted, stimulating new growth in both the dormant human follicles and surrounding mouse follicles.

Team member Christian Guerrero-Juarez added: "These experiments provide proof of principle that SCUBE3 or derived molecules may be a promising therapy for hair loss."

You can also plant it at home, the health benefits of the chamomile flower

Be careful/ The well-known nutritionist shows what you should consider when buying meat: If you notice this detail, don't buy it!

We can also grow it at home, this is a plant that has incredible healing properties, strengthens immunity and protects the heart

"Eat vegetables if you want to live longer" / The latest 12-year study just 'busted' this myth. Here is the truth

Grandma's advice never goes out of fashion, here's what to do when you have an earache and you don't have medicine. Learn about natural remedies that work wonders

Experts raise the alarm, these foods damage the brain

The experts speak! Cancer, diabetes, anemia, bad measles: The color of the tongue reveals diseases and what it lacks

Easily found in Albania, the healing powers of this flower are incredible

You will be saved! You have diarrhea and severe abdominal pain, here is what you should eat to stop the problem immediately

Fights colds, viruses, meningitis, pneumonia and HIV AIDS, learn about the wonderful healing properties of the leaves of this plant, how to prepare it