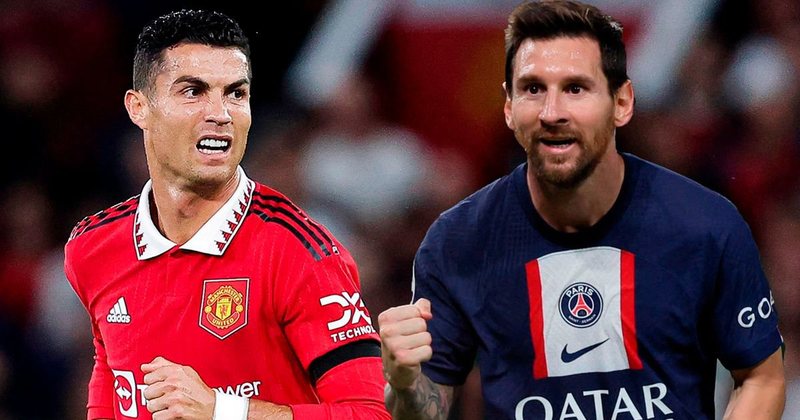 The debate about Messi and Ronaldo has been going on for almost 15 years and it doesn't seem to end.

The American edition of "The Athletic" has conducted a survey among former football players. Among other things, former players were asked to evaluate the career paths of Messi and Ronaldo.

There is some logic in this result, because Ronaldo tried his hand at three championships from the 5 European leagues at once. With Manchester United, Real Madrid and Juventus, Cristiano became a champion, let's not forget the historic achievement: the Portuguese together with the "Royal Club" won the Champions League three times in a row.

Messi has so far excelled only in Barcelona. Now Leo has hit the best form at PSG and, unlike Ronaldo, claims to win the main club tournament in Europe. It is impossible not to mention the record seven "Golden Balls" that the Argentine can boast of.

One way or another, disagreements are unlikely to lead to anything. It is time to acknowledge that both players have made an invaluable contribution to the game we love so much.

The classic of Albanian football is dressed in blue and white, the Super Cup belongs to Tirana

The sports teacher in Vienna, Dritan Baholli, speaks: This World Cup is extraordinary in physical terms

Spain/Torres: We didn't deserve to be eliminated, we played against 12 people

Hakimi hits PSG: I run there, but they don't pass the ball to me