Did you feel used by politics? Luiza Gega surprises with her answer 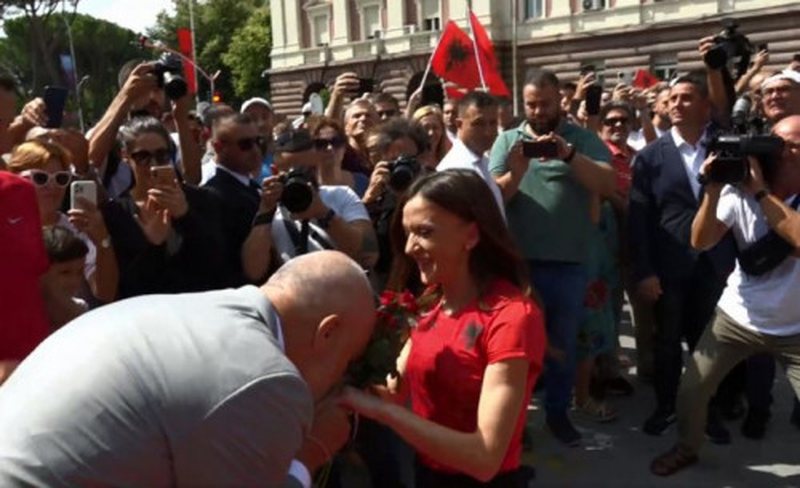 The athlete Luiza Gega was received with a ceremony by the government and was honored after being declared European Champion, in the 3000 meter steeplechase race. She marched in a vehicle on the "Dëshmorët e Kombit" boulevard, where she was accompanied by her coach and the Minister of Education, Evis Kushi.

At the entrance of the Prime Minister Luiza Gega was received by the head of the government Edi Rama, who also kissed her hands. During an interview for Panorama Plus, the athlete revealed whether she felt used by politics.

She said that all over the world athletes with medals are received as heroes, stressing that people "confuse their political beliefs with an assessment that should be made by whichever party is in power."

There have been many comments that you have been used by politics, has Luiza felt such a fact?

"No, I didn't feel used. Look, all over the world if you look at the athletes when they achieve big medals they are received as heroes and I was just very happy that this is finally happening here. "I think there will always be people who confuse their political beliefs with an assessment that should be given to an athlete by whichever party is in power," she replied.