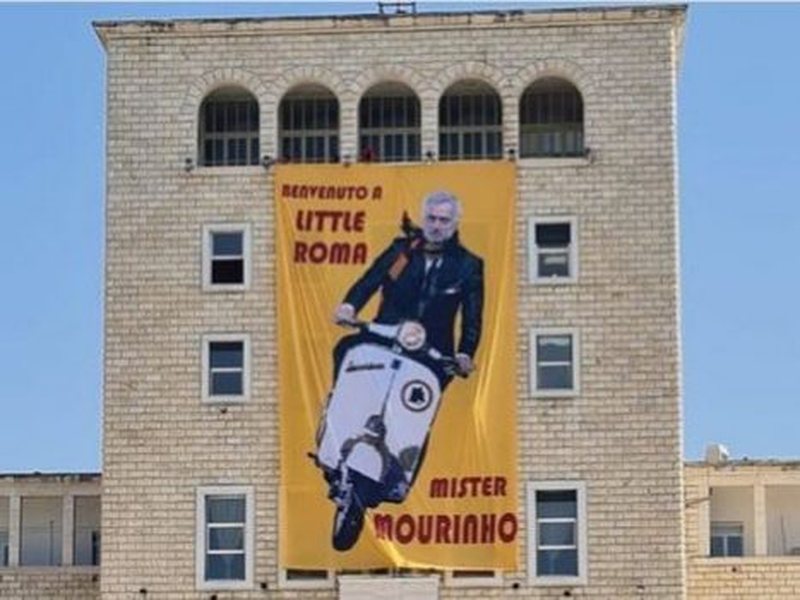 The final of the Conference League is approaching and on the day of the match, beyond personal preferences, the city of Tirana should be neutral for the fans of the teams of Rome and Feyenoord.

This is the reason why in one of the distinctive buildings of the capital, that of the Polytechnic University of Tirana, the big poster that was placed yesterday has disappeared.

In that poster appeared Mourinho on a Vespa, a picture which has become famous in Italy, and with which the Portuguese technician was welcomed in Tirana. But today it can be seen how the poster was removed, as it is expected that there will be gatherings of fans in the square "Mother Teresa" before entering the stadium and possible incidents should be avoided.