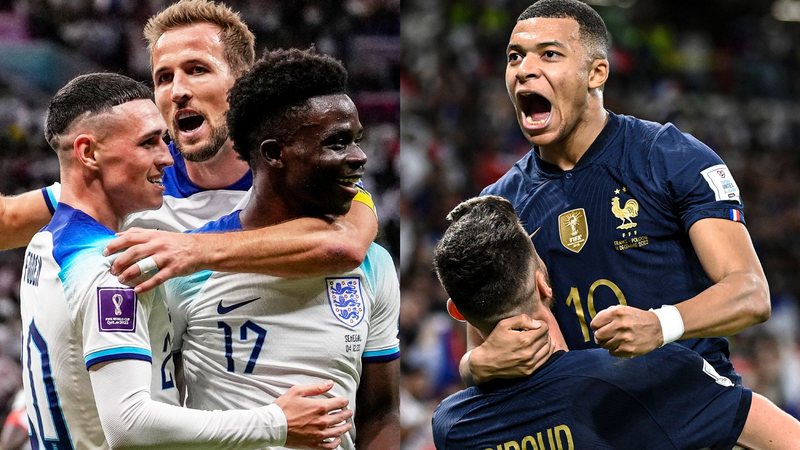 The World Cup will return on Friday with the quarter-final matches, where England and France undoubtedly constitute the most interesting duel and which is also considered a premature final of this World Cup. It is understood, the contingents of both teams are committed to the maximum to get the best and it is expected that there will be a spectacle. The "Three Lions" are eager for a success they have been waiting for for many decades, while on the other hand, "Les Bleus" claim to defend the title won four years ago in Russia. Both teams in their squad are equipped with top level footballers while one of the most eagerly awaited matches is between Kylian Mbappe and Kyle Walker. The Manchester City defender vows to make life difficult for the French talent while insisting he won't wait for him on a red carpet. "We are talking about a match where England plays France and not England against Mbappe. Of course we respect Mbape, but I'm not going to roll out the red carpet for him and let him score easily. It's a life and death match because if we lose, we go home. I'll try to stop Mbape, that's easier said than done, but I don't underestimate my qualities at all. I have faced many players in my past. He deserves respect, but no player can make the team alone. Here we are not talking about tennis, but about football", said Walker. So far, Mbappe is the top scorer at this World Cup with five goals as he successfully led France to the quarter-finals. but there is no doubt that the decisive "uphill" towards the most coveted trophy has already begun and the first challenge for the 23-year-old France is that of December 10 against England. So this match will be played on Saturday.