Daya's Balkan beat Llapi, now one point away from the leading Drita 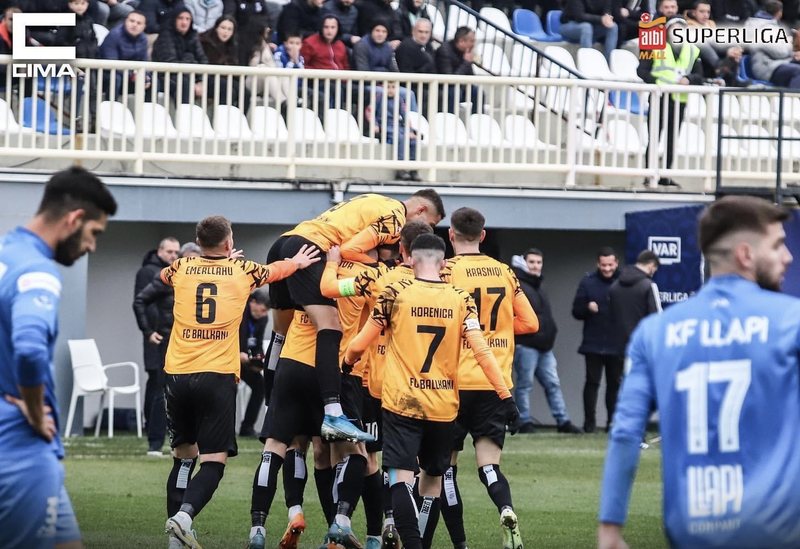 Balkan has become the best quality team in Kosovo. After finishing the last season as champion and at the same time participating in the UEFA competitions, where it reached the groups of the Conference League, it is now aiming to win the title again in the "dardan" championship. The champion of Kosovo, Balkani, scored a deep victory on Sunday in Podujevë. The team from Suhareka defeated Llapi with the result 3:0, in the remaining match of the seventh week of the Kosovo Super League in football. This match took place at the "Zahir Pajaziti" stadium. With this victory, the Balkans have come one point closer to the leader, Drita. The Balkans have one less developed match. I will play the match against Pristina on December 11 in Suharekë. The first goal was scored by Albion Rrahmani in the 245th minute, while in the second half the Suharekans scored two more goals. In the 56th minute, Armend Thaqi scored, while three minutes later Meriton Korenica scored the third goal and the 11th victory in 17 matches played. Llapi ends the autumn season in sixth place with 20 points, while Drenica is one position below. It must be said that under the leadership of Ilir Daja, the Balkans has made great progress.