Dani Alves surprises: Ronaldo or Messi? If I had to make a comparison, I'm closer to CR7 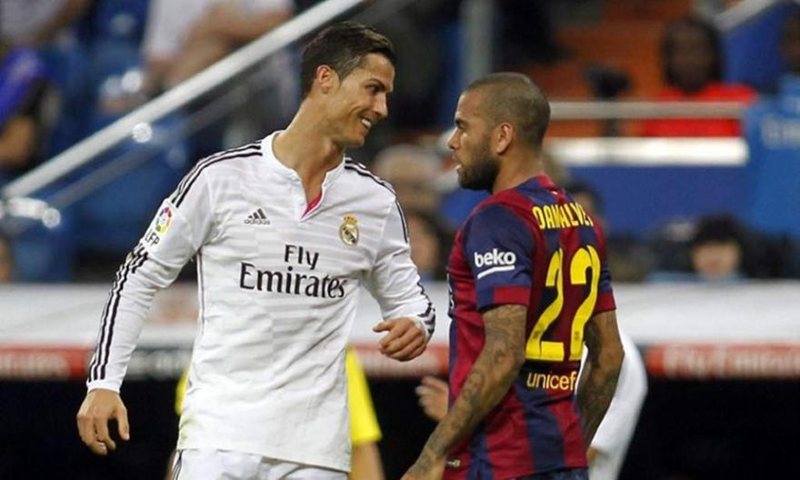 The former Barcelona footballer, Dani Alves, has spoken about Cristiano Ronaldo and how much he appreciates him as a footballer, emphasizing that when he was at the "Blaugrana" he could not express his adoration for the former Real Madrid star.

In addition, the Brazilian, now a player of the Mexican team Puma, did not hesitate to take the side of the Portuguese when the comparison with Lionel Messi was mentioned, albeu.com writes.

"I love Cristiano. Now that I'm not in Barcelona, ??I can say that. Cristiano is an example for all of us who don't have that many qualities, that with work you can be at the top. I respect him a lot, even when I played against him. How can I not respect someone who has achieved everything based on his work?', he first reported, then went on to compare Ronaldo and Messi, saying:

"If I had to make a comparison, I, as a player, am closer to Cristiano. By working like him, I got to where I am. I wasn't the greatest talent. "Cristiano has incredible talent, but the work he has done has seen him compared to Messi and no one else."