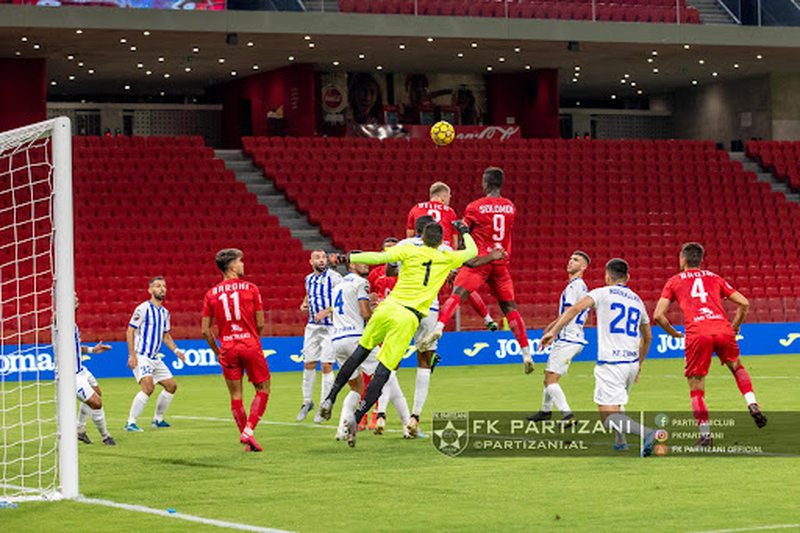 Tirana and Partizani started the current edition of football in the Superior Category as a contending team for the title, starting not only from the core of the groups from last season, but first of all from the movements they made in the summer market and especially from the movements of the last hour of the summer transfer deadline. Even Partizani, in the last hour of the market, approached Ergys Kaçe, but also four young African players as a move for the future. But for both clubs there is a stalemate at the beginning of this edition, which is related to the lack of suitability of these players. They want time to adjust and this will also take time to get the desired results. No matter how hard the coach Ilir Daja and Orges Shehi work at the head of the respective teams of Partizan and Tirana, the results will still have ups and downs in this first part of the season, as the groups are not harmonized and there are plenty of elements that have not received the proper preparatory load. However, despite the disappointing results in the first two weeks, Partizani remains a contender for trophies this season, while Tirana has ambitions not only to return to Europe, but to win the championship, so it has returned to the group of players who took it out. that champion in 2020, such as Muça, Ngo and any other.

Sometimes the figures are stubborn and speak better about the performance of the teams and their objectives. That foreign attackers score more than locals is also a stubborn fact but a reality. If it were not for the victory of Kukës against Kastriot, it could have gone towards a unique record. 4 of 5 matches of the second week of the Superior Category ended in an identical draw in terms of numbers, 1-1. Balance and fought matches, with the sharing of a point that leaves someone satisfied and someone less. Draws that, however, can be considered an indicator of high rivalry in a football that knows no names. It does not matter if Tirana plays 25 titles with Egnatian returning after 16 years in Superiore. Skënderbeu as a primary objective has survival against a Partizan fighting for the title, and even less when the challenges are balanced, like the one between Dinamo, built for the top, with Laçi always the protagonist, or between Vllaznia and Teuta, the big rivals configured in these last 2 seasons. The field speaks and it is hard to win there, even though it is only the first two weeks and then anything can happen, the great rivalry seems to be a permanent companion of this championship. In a new championship, new names stand out, prominent equalizing goals for Laçi and Teuta, Roganovi,, who makes the joy of the Kurbins explode with that long-distance blow, or Koumbemba, the Congolese who warms the hearts of the fans with that header. Durrës that they may have finally found the "bomber" they were waiting for. And yet here too there is a tendency, "foreign" goals. Mostly, at this beginning of the championship,