The Blues won the London derby with Tottenham 2-0, giving a strong "lesson" to the former coach Conte 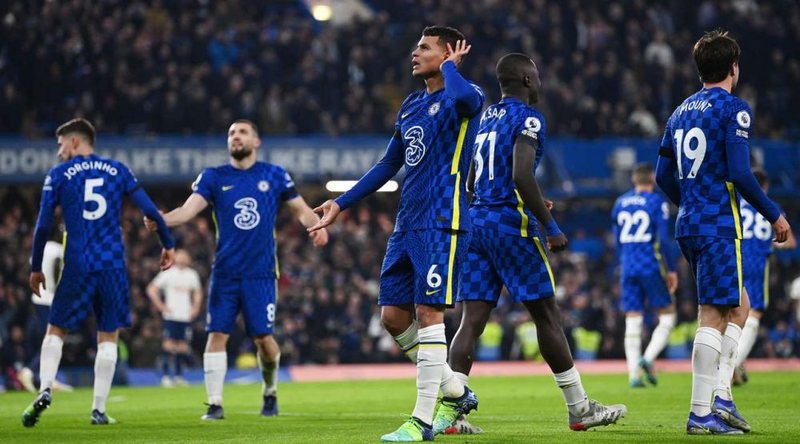 Chelsea beat Tottenham 2-0 cleanly and convincingly yesterday, in the important derby between them in London. Hakim Zijec (48) and Thiago Silva (55) scored for the London Blues. Harry Kane scored a goal, in fact, in the first half, but that was canceled after a foul had previously been committed on a Chelsea player. Chelsea risked from the start. Kalum Hudson-Odoi broke away from Tottenham's defense but failed to hit the ball properly which ended up near the left post of Hugo Lloris. After this case the match was calmer until the 40th minute when Tottenham scored a goal. But, the referee of the match, Paul Tierni canceled it because, as we said, a foul was previously caused in the attack on the Chelsea defenders. With the start of the second half, the first goal for the blues would come. Hakim Zijeç was miraculously released, hit the ball with his inner trunk so accurately that he ended up in Hugo Lloris's goal triangle unlocking this challenge with a beautiful goal in the 48th minute. Zijeç was close to scoring another goal a minute later but this time Lloris made a brilliant reception. Chelsea's second goal would come from an interruption. Mason Mount made a perfect cross in the area to find there veteran defender, Thiago Silva who scored in the 55th minute of the match. Harry Kane had a good chance to score in the 86th minute of the match, but the Chelsea goalkeeper denied him the goal. This victory leaves Chelsea in third position but with 47 points, one less than Liverpool, but the Blues have two more games played than Chelsea. Tottenham remain seventh in the Premier League with 36 points, 2 less than Manchester United in fourth place having two more games played. Meanwhile, Liverpool scored a victory on Sunday in the trip to Krystal Palace with the result 3: 1. With this victory, the team led by coach Jurgen Klopp has taken the step in the race for the title of champion. In the eighth minute Virgil van Dijk gave Liverpool a 1-0 lead. Alex Okslade-Chamberlain doubled the lead in the 32nd minute. The locals managed to narrow the score to 2: 1 with the goal scored by Odsonne Eduard in the 55th minute. The security goal for Liverpool was scored by Fabinjo in the 89th minute from the penalty spot. He scored for 3: 1. Liverpool after 22 games has 48 points and is in second place, while the team of Krystal Palace holds 13th place with 24 points. Manchester City leads the English Premier League with 57 points from 23 games.