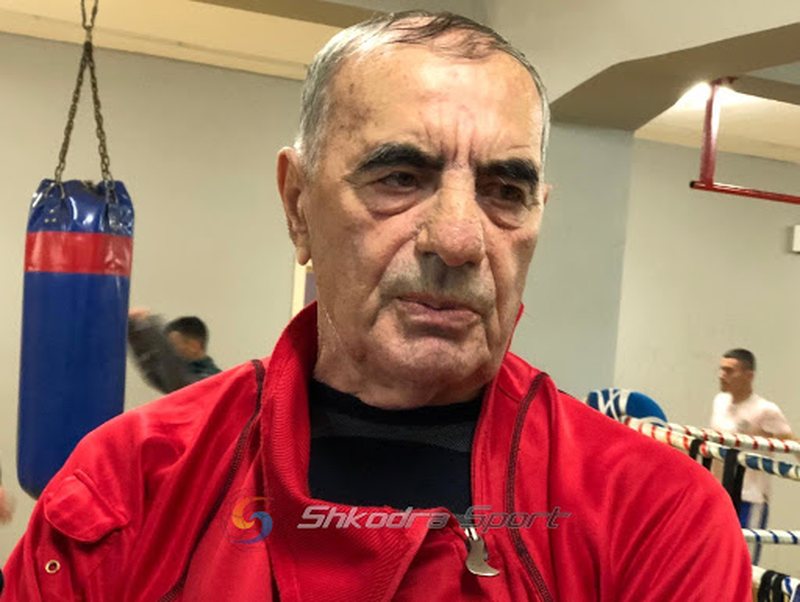 The requests of many sports federations to start their seasonal and annual activities were approved by the health authorities. Of course, football was the first to return to the field, while at the end of February basketball did the same, as the green light was given to volleyball. But many other sports federations are waiting for the "green light" from the health authorities, and some have not received a positive response. Thus, three days ago, the Albanian Boxing Federation received a negative response to its request, a decision that according to the authorities is related to the high risk of infection with Covid-19. Now, the truth is that boxing and not only is taking place in all countries of the world. Without the presence of spectators of course, but the activities take place normally.

"Great shame, boxing is being treated like in Enver's time"

Coach John had previously expressed the need to return to boxing competitions, even giving assurances that there is no risk of infection, because appropriate measures would be taken. But for him it is unacceptable to have such an approach not at all serious and harmful to the objectives of this sport, where he did not hesitate to call it a boxing persecution and a treatment like in the time of Enver. "Boxing has been canceled, we were not given permission to do the activities. This is definitely a big shame. The negative response came two days ago. At a time when boxing is happening everywhere, in the region, Europe and the world, we become the only country on the planet where no boxing matches take place. Look at how difficult the situation is, how much the existence of this sport is endangered. We are on the verge of eliminators where we have chances with an athlete to go to the Olympics, where R. Zenel also needs a victory, ie a match away, and this is where the competitions end. We received an invitation to be at the European Championships in Croatia in May, they even pay us 10 days in advance for training, and they do not allow us to do a championship. I do not want to do politics because sport should stay out of politics, but the government is behaving like boxing like Enver. With this mentality he is erasing sports in Albania and he who erases sports does not ask about churches or mosques, he demolishes them as well. Except Enver was like that. But what are these selective decisions, where one federation is allowed and the other not? In a country where sports competitions are not held for two years, say that you have deleted the sport of that country ", said among others the national boxing coach, Zef Gjoni. It should be said that Albania has officially secured the participation in the Olympics with the athlete Luiza Gega, but also with weightlifter Briken Calja. Other athletes such as Izmir Smajlaj, Franko Burraj, Erkand Qerimaj, etc., are competing to score as many points as possible. Meanwhile, from boxing closer to this target is Rexhinaldo Zeneli.