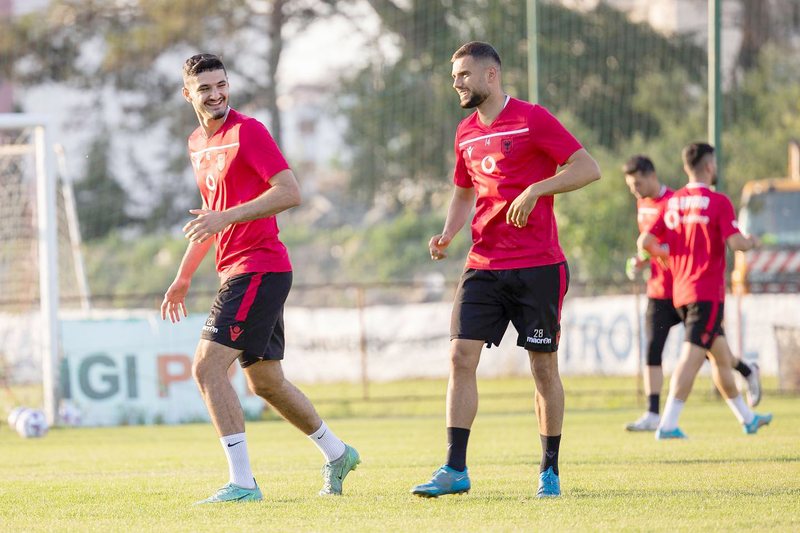 The players of the national team did not have a good year in terms of the game and the results during 2022, but Edi Reja, who hopes to renew the contract with the FFL and the president Armand Duka believes that this contingent is able to qualify for the European 2024 in Germany. It must be said that among the red and black players, the most wanted players in the market are Armand Broja and Nedim Bajrami. Both have been spotted by Italian clubs and surprises are expected in the summer market, but this does not exclude the possibility that there will be a surprise in the January market. It remains to be seen who will offer more, but Milan is interested in Broja, who entered into talks with Chelsea, while Inter and other clubs have expressed interest in Bajram.

Forward striker with a future

Milan knows Broja's strength, that's why they insist on having him in the team. The Italian red and black club sees Broja as the successor to Zlatan Ibrahimovic. The Albanian tall man can have the same technical and physical features as the Swedish tall man. Broja has spotted in the Premier League with Southampton where he was on loan last season and is seen as a possibility, but maybe Milan wants him as a bench player first and this could spoil the player's job for the continuity. While Bajrami has already been confirmed and there have been different interests for it. But he remains an Empoli player until a big offer comes for the Italian club.

The coach of the national team, Edi Reja, spoke about the red and black team playing in Italy, in one of the Italian sports daily during the days they were preparing for the duel with Armenia. "There are many of them. There is Gjimshiti, then Kumbulla who is a very good boy, but unfortunately he is not finding much space in Roma. Ismajli is growing at Empoli, a great cover. If he was a little calmer in possession of the ball, he could become an important footballer, a great player. And then Hysaj, Bajrami and Berisha, our captain. Aslan? He has to play. I am selfish in this case, because I speak as the coach of Albania. I hope he and Kumbulla go out on loan in January to find more space. They are not very happy, but what can we do? They have contracts with two big clubs. Having said that, I hope something can happen, given their age. They should play more. As for Broja, I can say that he has great potential, he is a structured player, 190 cm tall, he has great technique and speed, he cannot catch him when he starts. There is only one phase, which is possession of the ball. It should improve the second one, because when the action is over, it helps a little. From that point of view, this year he's doing a little better, but it certainly doesn't help that he's playing 20 or 30 minutes at the most. It's true, Napoli was desperately looking for him. Xhiuntoli was interested, I know he also talked to us. But he intended to stay at Chelsea, a club that then renewed his contract", said Reja, who himself is not clear about his future, as his contract officially expires the next day.