The most wanted number in England for autographs, Manaj is still not "shooting" at Specia 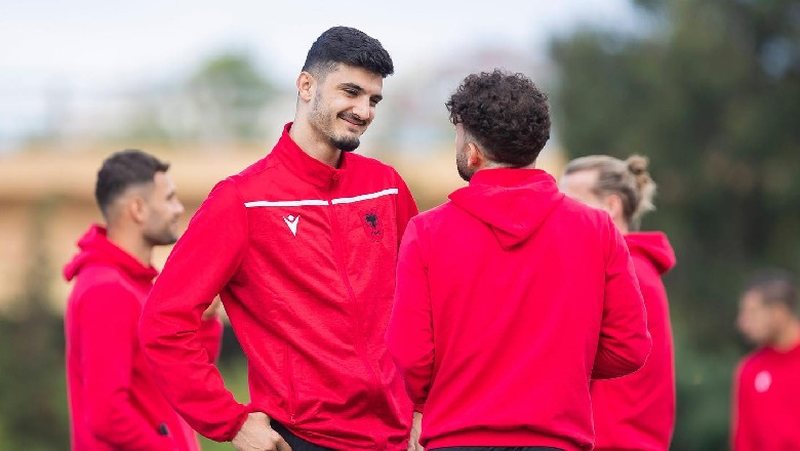 Armando Broja and Rei Manaj are two new forwards of the National Team. In recent matches, they have been regularly invited by coach Edi Reja, along with several other players such as bars, Uzuni and Çokaj. Of course, more is expected from the young people and Reja has given them the opportunity, but the specialists are divided in their reasoning, where although with a few minutes Broja has been much more efficient than Manaj who has played the title, gold. There is no room for allusions as to who is the best, it is not anyone's goal in the national team for this, but it is a fact that Broja, even with his team Southampton in the English Premier League is shining, has scored and is the footballer required for autographs by English fans, while Manaj is still not "shooting" properly with Specian. Actually,

Autographs and the calm of Broja

Armando Broja scored two crucial goals in the two matches against Hungary that our representative played in Group I eliminator for the World Cup of Qatar in 2022. A 20-year-old boy scored valuable goals but coach Edi Reja did not place him in the challenges of the latter, arousing controversy. Meanwhile, with two goals in his first 2 games as a starter at Southampton, Armando Broja has immediately become the Benjamin of the fans, so much so that one of the fans to draw attention in the last game against Burnley so that the striker could give he wore the Albanian flag on his shirt. It was about a fan of color who was noticed by Broja who, also influenced by the flag with red and black colors, gave as a gift the shirt he wore in the match against Burnley. This shows that his popularity has increased significantly and fans want him a lot. It is no coincidence that Broja plays as a starter at Southampton, as the coach there knows his values.

Manaj with Specian intends to leave a mark

Manaj has recently arrived at Specia. He was part of Barcelona B, where he had a relatively good performance. With Specian he intends to leave a mark, but it will depend on the space that the coach will leave. At the moment Manaj is waiting to catch the maximum form, but at the same time to have the title role, which is difficult. It remains to be seen how his season will go with the Italian team, but at the moment he is not shooting as he would like, quite unlike Broja and Uzuni, who have a strong start with their teams. The national team matches will return in November, first with England and finally with Andorra. A miracle is aimed, so Reja will monitor the shape of the players to choose the best. Broja has already won his place, and Reja knows the public pressure is strong.