Cikalleshi and Veseli convinced: the national team in Israel for victory 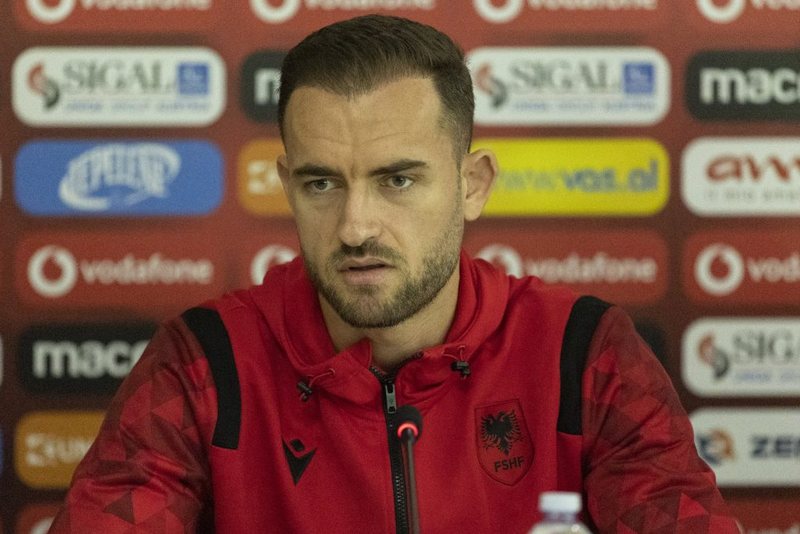 In the second group of Division B of the League of Nations, Albania will try to do its best in the last two challenges, to secure the lead, but how far it will succeed remains to be seen on the green field. . Meanwhile, striker Sokol Cikalleshi was in front of journalists yesterday, where he gave his thoughts. As is known, he has moved from the Turkish Koniaspor to Saudi Arabia, but more than for himself and this transfer, he spoke about Friday's clash that Albania has with Israel. "We are working hard, we are doing our best at the moment, even though the group is not complete. We hope to get the result that leads us to the realization of the objectives. It is better to play with two strikers, when I have a partner close the scoring opportunity is greater. I believe this is how we will continue to play. It is important that the group is complete. The problem with the last game was the mistakes that could have been avoided. We have done video analysis, we have seen the mistakes and I believe we will improve them", underlined Cikalleshi. Cikalleshi then spoke about the duel with the Israelis, whom he calls a difficult rival. "Difficult opponent, more difficult group than before. Let's do our best tactically. Let's not concede and then look to score and win. We only care about the three points in Israel. Difficult match. We won before in Israel, even then they were a very good team. Maybe the scheme can change too, we can be more offensive as we just need the win. There may be changes, I am sure that the coach will do his best, so that we go out on the field at our best tactically and physically", Cikalleshi added. The Red and Black striker also made a comment about young Toçi who has been invited by Fiorentina. but it is seen as a follower of kavajas. "Each new element is good, as it increases competition. A player with potential, he can serve the National Team. It will and should improve. It is important to play in his club and score. Do not compare him with Cikalles, as he is a young player. I wish him to do his best", Cikalleshi concluded.

Veseli thinks that the Reds and Blacks will succeed in Israel

Defender Frederik Veseli was together with Cikallesh at the press conference yesterday, giving his thoughts on the challenge against the Israelis on September 24. He believes that the Reds and Blacks can do it. "Even at home, against Israel, we played a good game defensively. Individual mistakes that can happen have also affected us a lot. With the analysis we have done, we have seen that individual errors were more important. Israel did not do anything spectacular to win. The loss came from us. I believe that every player should take responsibility for their individual performance and give their best as a group, to make a good match at the defensive level. It is enough for us to score one more goal than to pass and for this job, the coach is here and he decides", he underlined. Veseli is part of Benevento in the Italian Serie B and is considered a basic player of the formation. His main task in the challenge with the Israelis will be to properly replace the missing defender, Berat Gjimshiti.