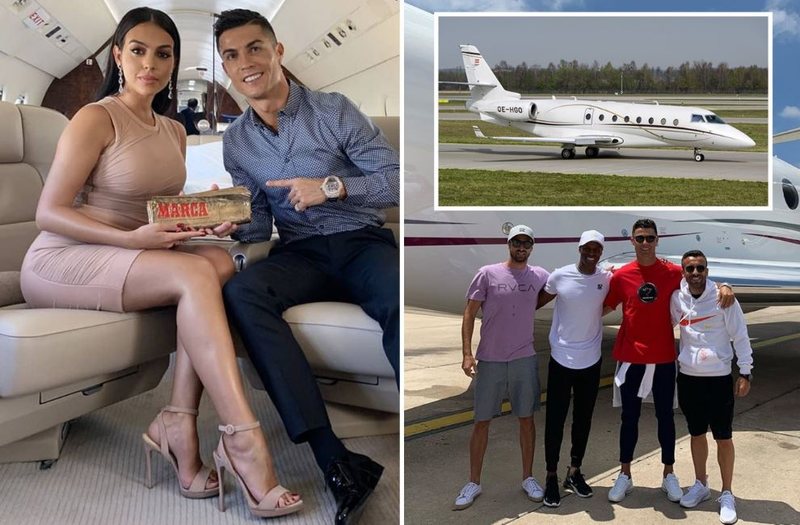 The soccer star, Cristiano Ronaldo, is putting up for sale his private jet 'Gulfstream G200', which the Portuguese player bought in 2015 for a value of 20 million euros.

According to Esdiario, the Portuguese has put his plane up for sale to anyone who wants and can buy it.

The reason why Ronaldo wants to get rid of his luxury jet is simply that he wants to buy a bigger one. The 'Gulfstream G200', which is currently available, has capacity for ten people in addition to luxury finishes.

At the moment, Cristiano Ronaldo is making the most of his plane. The footballer rents out his property at an hourly rate ranging from 6,000 to 10,000 euros. People with high purchasing power can travel on the Portuguese's private jet.

The 19-meter-long Gulfstream G200 has gray leather seats and various wooden tables that make the flight as pleasant as possible. Its technical characteristics are at the peak of such luxury: it has a range of 6,300 kilometers and reaches a maximum speed of 900 km/h.

Cristiano Ronaldo has made his passion for luxury clear on several occasions. In fact, the footballer has bought a 'Bugatti Centodiece', a car of which only ten units were produced worldwide and which has a price of eight million euros.