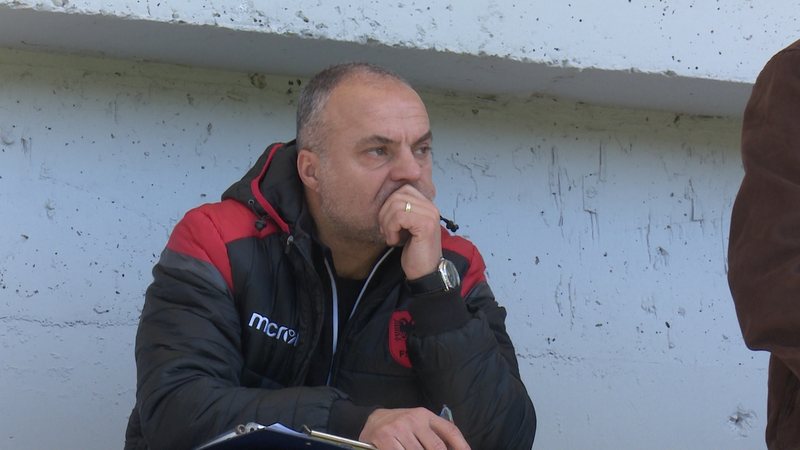 The arrival of Armando Cungu at the helm of the U-19 National Team will bring a new spirit to the red and black ages. Not only that, but the technician from Shkodra has announced an increased attention to the elements of the championship and this gives a new dimension to the whole body of the young red and blacks, who want a chance in their career. Thus, Armando Cungu after many years as a coach in the Superior Category, where he won a Cup and Super Cup with Laçi, has returned to age group football, no longer to his Vllaznia, but to the representative team. Being part of the red and black colors is a dream, even when you are a footballer, but also when you have the role of coach, and such is the new task of the Shkodra technician. The first selections have started, and for the coach this is a very important stage to observe those elements that can serve the national team. The Albanian Football Federation has monitored Albanian children throughout Europe, however according to Cungu no one has priority from the name of the club where he plays, because ability will be the only element that will distinguish one footballer from another. The Albanian representative of the 19-year-olds aims to identify the talents that will serve the national team A in the future, but the result can not be ignored by the objectives of the youth representative.

Cungu recalled from the beginning that his arrival at the helm of the U-19 team was the confidence given to him by the AFF. "I think as it is in the desire or dream of every footballer to wear the national team jersey once, the same thing happens for the coaches. I believe it is the greatest pleasure, honor, but also the culmination of a coach's career to be part of the national team, regardless of age or not. I thank the leaders of the Federation who have given me this opportunity, at the same time the dream came true. It is an important age in terms of the future of the national team A. Therefore, the responsibility is not small, but great, to choose the right element for these guys to serve and be the future of the national team . We are in the observation phase, to select or evaluate every individual that is here. But, we will call other elements, the Albanian championship will not be left out of focus ", he underlined. He then spoke about the players coming from abroad, which he considered necessary, but he accepted and from now on the elements of the championship will be observed. "I am not in the group of those who prejudge footballers who play in Albania or those who play abroad. It does not matter to me, talents can grow in Albanian football, with the problems and troubles of an Albania. I am of the opinion that those who will be outside Albania, should definitely come and make a difference. I believe that chain teams, the primary is to choose the right element, to give the right concepts for football in order to grow and serve as best as possible for the national team A. But, this does not diminish the desire or objectives to be competitive in terms of matches. In the competition we will try to get as many points as possible and to be dignified and competitive ", continued Cungu.

UEFA cancels U-19 activities for men and women

While Cungu is trying to create a new spirit in the 19-year-old red and black team, new news comes from UEFA. Thus, the UEFA Executive Committee decided today to cancel the 2021 European Championship of the U-19 age group for women and men due to the COVID-19 pandemic and its effects on the organization of competitions. In the process of this decision-making, the UEFA Executive Committee notes that, with the current restrictions of governments, team travel and the organization of these mini-tournaments would be very difficult. UEFA member federations were consulted and then supported the decision. Although it is unfortunate that no youth tournament can take place in the current season, the health and safety of young footballers should take precedence in the current circumstances.

Veteran strikers of the National Team towards "retirement", Reja takes a look at the youth in the Italian Primavera

Quality players who came from Kosovo and Macedonia did not make a difference, the best Mazrekaj

Porrini protects Reja from criticism: He has left traces wherever he has headed

Chaotic situation in the Cup match, the Albanian footballer remains lying on the field (VIDEO)