Drama in "Air Albania", Albania plays the game but Israel gets three points 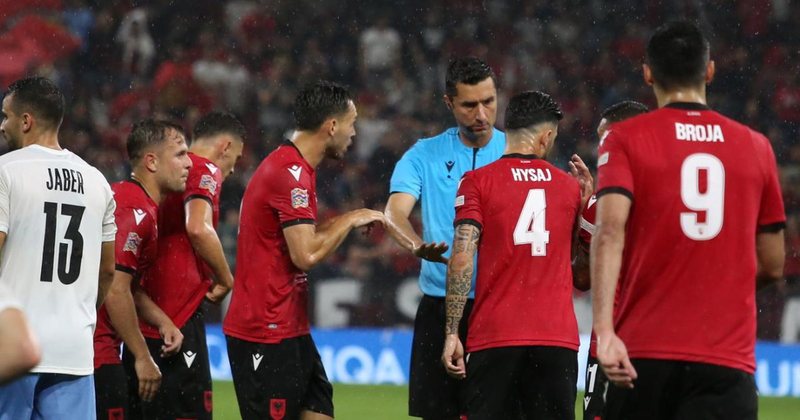 Bitter, almost dramatic loss at "Air Albania Stadium". Albania can beat Israel 2-1 in a match with a lot of volume but little clarity and many missed chances. The 20 minutes of the second half destroyed everything good that Edoardo Reja's team did in a match where they could have gotten more but today they suffer and fall to the last place of group B2 of the League of Nations, with few chances for the first place which provides a ticket for the play off of Euro 2024 but also the entrance to the salon of the greats of European football.

Albania chaotic and with a penalty canceled by the VAR system that was forgiven by defender Vitor with a flagrant case but then a penalty won by Ivan Balliu that was transformed into a goal by Armando Broja while Solomon then turned off all the lights of the red and black team .

Reja proposed a changed formation compared to Iceland where Broja and Uzuni took over the weight of the attack while Bajrami and Asllani that of the midfield.

The match started with a crazy rhythm where the Israelis showed their "teeth" from the first minutes by putting the Albanian defense to the test, while with the passing of the minutes, Albania gained confidence and meters on the green field.

Broja and Uzuni very active in the half of the friends tried to give the first sparks, while the first real case we recorded in the 20th with Uzuni that in the duel with Vitor the latter was suspected of touching the ball with his hand.

For the referee it was the penalty but after consulting with the VAR system, everything was canceled. Reja asked for more pressure and it was Ismajli's turn to take risks while on the other side he bluffed the entire red and black defense, losing an ideal opportunity.

The Israeli forgave the defenders of Albania and on the other hand the match became more intense in the Marciano area. Broja and Uzuni, very active in the friends' half, tried to give the first sparks, while we really recorded the first real case in the 20th with Uzuni in the duel with Vitor, the latter was suspected of touching the ball with his hand.

In the last breath of this part, Balliu was stopped irregularly and this time Albania scored the goal that freed the legs of the Albanian players. 1-0, Albania went to the break with the golden advantage.

The red and black team reacted immediately with a quick goal but after a few minutes of consultation in the VAR room, Elseid Hysaj was considered out of position and the match remained fixed at 2-1.

Broja and Balliu did not give up but Marciano was lucky and the Israeli gate cursed for Albania did not allow the match to be tied. Bitter loss that resizes Albania, currently in last place in the group with only 1 point in 2 matches.

Albanian football is in mourning, the former goalkeeper of the National Team has passed away

Forbes publishes the list: Mbappe leads, here are the highest paid footballers in the world

19 goals in 12 games, Guardiola reveals the secret of Ergin Haaland