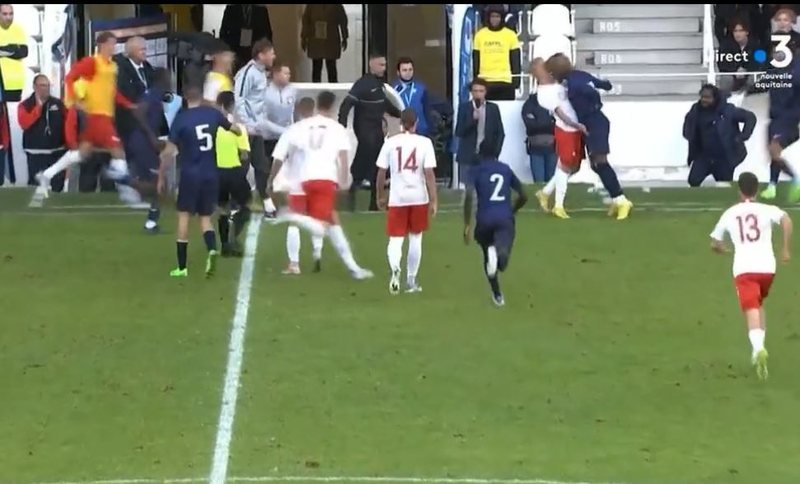 An unprecedented situation, bordering on madness, was registered in the 18-year-olds' duel between France and Poland valid for the "Lafarge" Tournament. Four French footballers were punished with red cards, causing the game to end 15 minutes before the end.

Initially, it was Housni and Belocian who were punished in the 55th and 61st minutes, while the referee also sent off Gomis and Bile in the 72nd and 77th minutes.

In the 75th minute, the football player Bile, after a rough tackle on the opponent, hit the Polish football player with his head, causing real chaos. The referee rightly punished him with a red card and then announced the premature closure of the challenge, because France U-18 remained with 7 players.

For more see the footage: