Today, the Democratic Party elects Lulzim Basha again and starts the fight for catharsis from the past

"Major issue" / Prime Minister Rama gives the important news, reveals the latest decision of his government: We will start in the fall!

SURPRISE / Gramoz Ruçi resigns live from SP, leaves the mandate of deputy: I declare the end of ...

SURPRISE of the SP Congress, the daughter of the late Bashkim Fino with tears in her eyes gives the thrilling speech and reveals the unexpected decision she has made: I will fulfill my father's will!

Spectacular view / The extraordinary Congress of the Socialist Party begins, here is who accompanied Prime Minister Rama at the moment of entry and his gesture that attracted attention (VIDEO-LIVE) 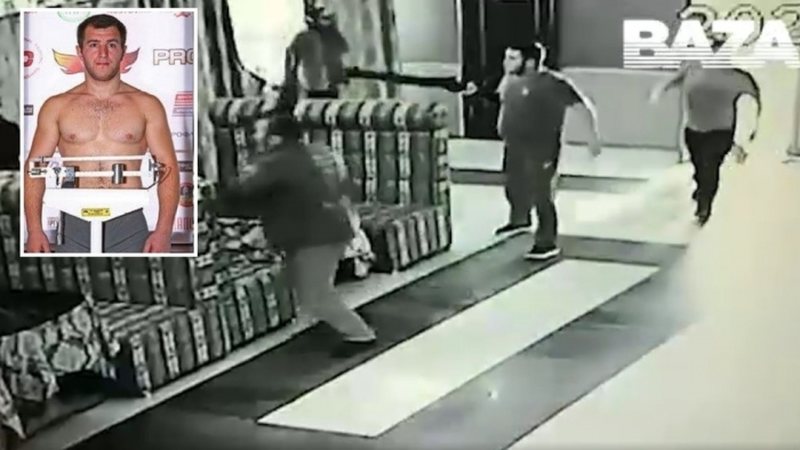 The serious incident was recorded in the town of Khasavyurt in Dagestan. The cause seems to have been a debate on property issues. Abdulmuslimov, 25, who had a record of 11 wins and 4 losses, was killed by a Kalashnikov-type firearm by two people.

The video published in the Russian media shows the full moment from the quarrel in the bar between the parties. Abdulmuslimov was seriously injured and lost his life. Local media identified the killers as Murgamudin Muradisov and his son who were involved in a fierce clash with the former fighter in a restaurant.

Muradisov was later caught on camera returning armed with a Saiga-12 Kalashnikov assault rifle. After parking his car, Murgamudin is seen furiously entering the restaurant where Abdulmuslimov is staying and opening fire without warning on the former athlete, while further continuing to hit him with the city of his accompanying weapon. Wound that also caused death on the spot.

Denmark and Finland returned to the field, it is revealed who made the decision

Tears and hugs at EURO 2020, images emerge that are breaking the net after Eriksen fell without a vent on the field during the match Denmark-Finland

Football bursts into tears for Eriksen after heart attack, UEFA reacts and reveals how his health is

Panic in "EURO 2020" the Danish player falls unconscious in the middle of the field, doctors give him a cardiac massage

Shaqiri's assist is not enough, Switzerland is stopped by Wales

"I love her very much", the famous Albanian singer, the emotion with the dedication for his partner

Well-known singer Renis Gjoka, unlike other times who has been very reserved abo...

"I am not divorced from my wife" / The quarrel between Lindita and Olti breaks down badly, the contestant "Match +40" makes the final decision: No one is a spare tire!

The competitor of "Përputhen +40", Olti has often told him that he still ha...

Involved in the accident while he was drunk, Aleksandër Gjoka talks for the first time about the arrest by the police

Singer Aleksandër Gjoka was arrested by the police a few weeks ago after he...

Stela and Ndriçimi in "Përputhen + 40" have appeared in several meet...

Romance and luxury, details emerge from the marriage of Sander Lleshaj's daughter, who is the German groom

A few days ago, the former Minister of Interior, Sander Lleshaj appeared happy a...