Edi Reja "scans" the Reds and Blacks: I see Bajram at Fiorentina, while Asllani needs to improve 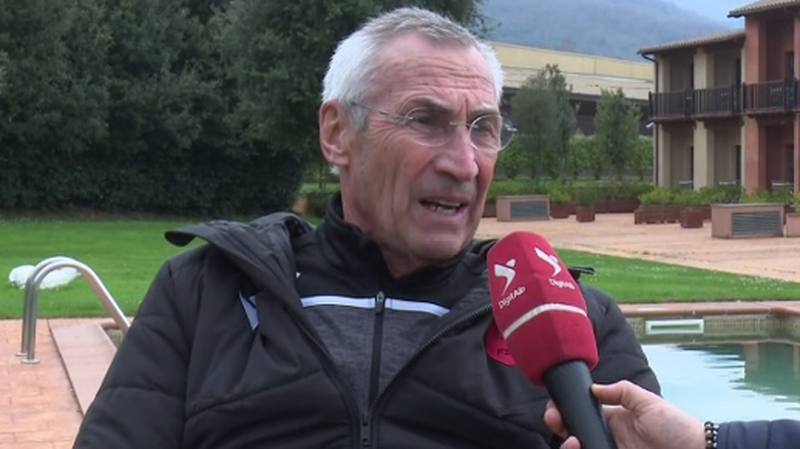 Coach Edi Reja, following the little Reds and Blacks in Kover?iano in the friendlies with their Italian peers, also gave his opinion about the Reds and Blacks market, where he hoped to see Bajram at Fiorentina and for Asllan he said he needed to grow up at Inter. First he started his commentary on the performance of the red and black U-19. "We behaved well in the first half, but then the quality showed and we were defeated. Anyway, I'm happy with what I saw, as Cung's team played really well. Work is going very well in Albania, as the staff is almost all Italian and I have been there for three years. We hope to find some important element as we want to participate in the European. However, the flows from the Albanian championship should be increased and not just waiting from abroad", said the red coach. Edi Reja also commented on the transfer of Kristjan Asllani to Inter, a midfielder of only 20 years, who made his official debut with the Albanian National Team in June and is expected to be one of the strongest points in the future. "Asllani did great things when he played and I gave him the opportunity to debut, where he showed a lot of personality. He needs experience in order to become important, but he has already shown that he has many qualities", said Reja. Another red and black footballer who can make an important step is undoubtedly Nedim Bajrami, currently part of Empoli, but who can be transferred to the other Tuscan club, Fiorentina, for the new season. "I hope that Bajrami will go to Fiorentina, as he is very talented. At Empoli he showed a lot of quality, however I see him quite well at the current Fiorentina, as he can play in midfield and in all roles behind the main striker. He has technical quality, speed and a very good shot at the goal," said the coach of Albania.

Albania U-19 did not succeed against the Italians